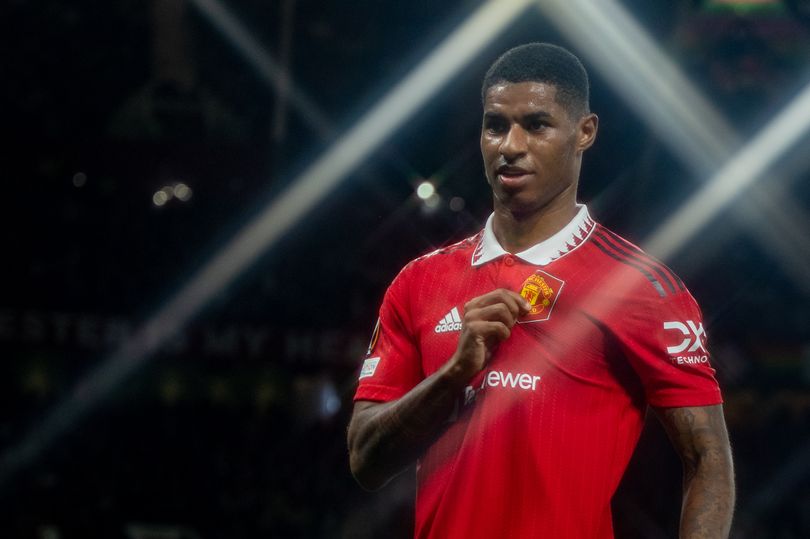 Marcus Rashford has said Manchester United must now start being more clinical in the final third to improve this campaign.

United defeated FC Sheriff 3-0 in the Europa League on Thursday but the goals have not flowed in the Premier League.

United have scored just 16 goals across 11 league games this season and Erik ten Hag has bemoaned his side’s wastefulness.

Ten Hag has preferred to play Rashford down the middle, while there is a lack of goals from elsewhere in the team, with the attacking players solely carrying the burden of finding the back of the net.


Although that is a clear area for improvement, United are undefeated in seven games and there is a good team spirit in the dressing room, which Rashford was asked about by reporters in the mixed zone at Old Trafford earlier this week.

“I think it’s a little bit of everything, but it’s definitely something [spirit] that you have to build,” Rashford said. “We’ve had some new signings come in the summer and we’ve just managed to make it work and build that team spirit as quickly as we did.


“I feel like the players have integrated well and we’re learning about each other more and more. But, yeah, definitely, the team spirit is very high and we want to keep that going. Good performances help but even in the bad times we are going to stick together.

“The manager’s a joy to work with, really. Is it hard work? Yeah, but I think we are enjoying it and we’re playing better football. I feel like when we don’t concede goals, we’ve got a good chance of winning games because we’re creating chances. We just need to finish them off, be a bit more clinical in front of goal.”

3 months ago
Di Zerbi has praised Brighton’s performance in Saturday’s 4-1 win over Chelsea and revealed that he specifically targeted two players. The Seagulls played host to Graham Potter in something of a grudge match, with the new Chelsea manager booed and jeered by his one-time fans – who even chanted that […]