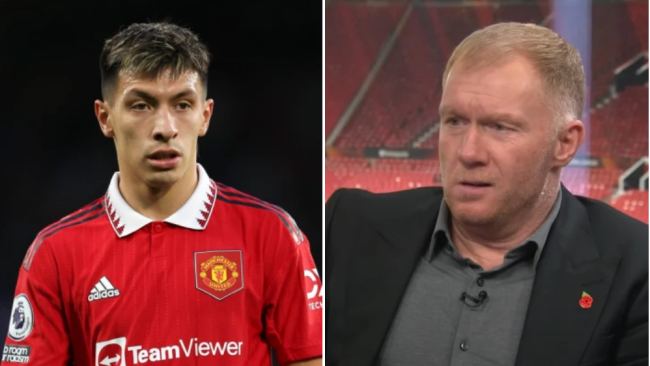 
The Argentina international has been one of United’s standout performers this campaign after his £56.7m arrival from Ajax in the summer.

Doubts have been raised over Martinez’s ability to become a success at Old Trafford, mainly due to his lack of height, but he has quickly formed a solid partnership with Raphael Varane in defence.

And while Scholes has been impressed with Martinez’s impact so far, the former United midfielder says the Argentine star still needs to improve defensively.


‘Five foot nine seems quite tall to me! Yeah I think opinion has changed on him,’ Scholes told BT Sport.

‘He’s very aggressive, he’s very good at the starting attacks as well, really good on the ball – which he would have done at Ajax. They have a lot more possession at Ajax, of course they will.

‘I still don’t think he’s the best one-vs-one defender. I think having Raphael Varane next to him has really helped to settle him.


‘I think he’s done well in the first period of his United career and he’s winning people over. United fans really like him already and hopefully that will continue.’

Meanwhile, Ten Hag praised Harry Maguire, who made his return from injury against Sheriff.

‘Yeah, I think after a couple of weeks he came in, it was a good performance,’ said the United manager. ‘The whole team was organised well, we didn’t concede counter for the whole game.’

Vinicius Junior names Chelsea star as one of his toughest opponents

3 months ago
Vinicius Junior has labelled Reece James as one of the most difficult opponents he has faced. They went head-to-head last campaign in the Champions League quarter final. The Brazilian star has taken his game to another level in the past 12-months after a £40m move from Flamengo aged 18. He […] 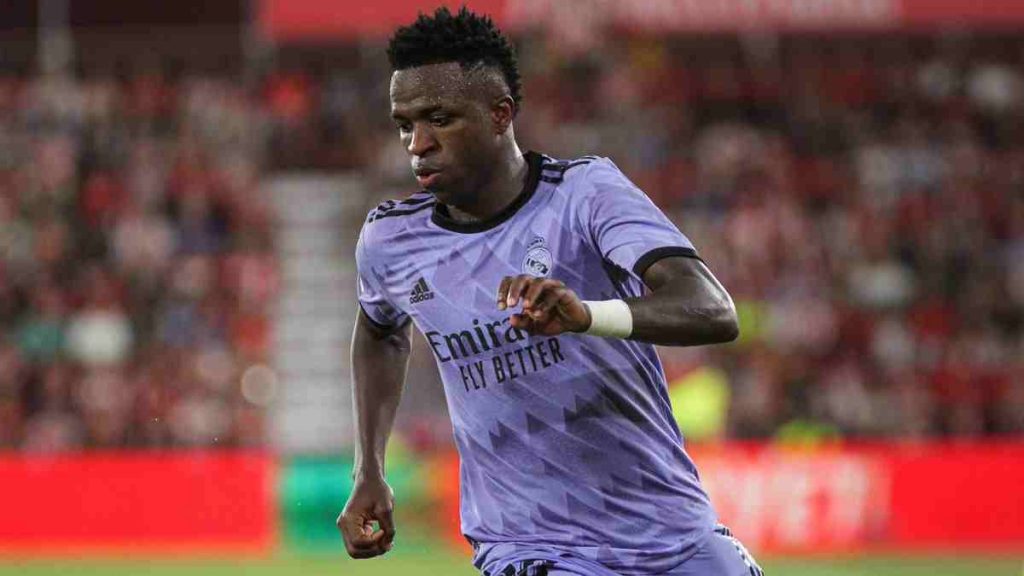