Chelsea are ready to reject offers from
Real Madrid and Barcelona for Eden Hazard and are confident they can hold on to their player for at least another year, according to Telegraph.

However, the Blues may tell Thibaut Courtois than he can move back to Spain after the Belgian claimed he has proved that he is
worth more than the £200,000-a-week contract offer.

Hazard appeared to put his Chelsea future in doubt by saying that the time might be right to move on.


There are serious doubts, however, over whether Real Madrid could match Chelsea’s valuation of Hazard that stands over the £200 million fee Paris Saint-Germain paid to sign Newmar.

And with the transfer window shutting in just over three weeks, on August 9, Chelsea are insisting that they do not want to sell Hazard and are planning for him to start the season with them.

Chelsea’s stance will leave Hazard with a decision to make over whether or not to push for a transfer himself or accept the club’s decision.

The Blues are willing to give Hazard a new contract worth over £300,000-a-week to stay at the club and talks between his representatives and Chelsea are likely to take place next week.


While Real face a huge battle to try to sign Hazard, they could have more success if they make an offer for Courtois who Chelsea would like to replace with Roma’s Alisson.

Courtois is now in the last 12 months of his Chelsea deal and the last offer they made to him was a £200,000-a-week contract in December.

But Courtois stalled over committing himself and is likely to find that his demand for a better offer is ignored.

Asked about his Chelsea future, Courtois said: “I will go back and I will see what they want and how they say it. Obviously, with this World Cup, I think what was on the table is different than what I can have.


“In this World Cup, I have ignored all the speculation, all the rumours. But now, in the next few days, I will have a chat with my agent and see what Chelsea told him, and then we will talk. But I feel happy at Chelsea, it’s not that I necessarily want to leave.”

Tue Jul 17 , 2018
Roberto Martinez has talked up Eden Hazard’s possible transfer to Real Madrid. Hazard strongly indicated that he could leave Chelsea this summer after Belgium’s World Cup exit and Madrid is understood to be the Belgian’s favoured destination. The Belgium international has made no secret of his love for Madrid and […] 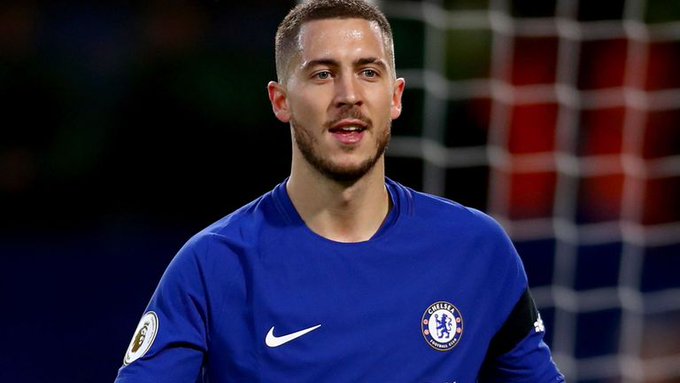