Alexis Sanchez regrets his decision to leave Arsenal for Manchester United and is reportedly angry with Jose Mourinho.

The Chile international forced his exit from Arsenal in January after threatening to wind down his contract and United beat Manchester City to his signature after agreeing a mouth-watering £500,000-a-week deal.


Sanchez has been unable to reproduce his best form since his transfer to Old Trafford, however, scoring just three goals in 23 appearances and was dropped for Saturday’s loss to West Ham.

Reports on Sunday emerged that Mourinho had given the 29-year-old a dressing down in training and Sanchez was said to have been left shocked by his manager’s decision to omit him from the squad.

The Daily Mirror claim Sanchez held a lengthy conversation with his former Arsenal teammate Lucas Perez, who joined West Ham in the summer, in the London Stadium tunnel and now feels he joined a wrong club.

Sanchez caused disharmony during the latter period of his career at the Emirates, falling out with his teammates and he was said to have been left very unhappy after learning of Mourinho’s decision.


‘For many months people are asking for Martial, Martial, Martial,’ said Mourinho after the game, explaining his decision to leave Sanchez out and hand the France international a Premier League start.

‘For many months people are saying Alexis Sanchez is not playing well enough. So this week was time to agree and to say, let’s give a chance to Martial and let’s leave Alexis out.’

Mon Oct 1 , 2018
Virgil van Dijk has said Liverpool’s players can cope with manager Jurgen Klopp’s ruthless squad rotation, conceding the only alternative would be to exit the club. Klopp has made a several changes throughout Liverpool’s unbeaten start to the campaign, which, even though the winning run came to an end, was […] 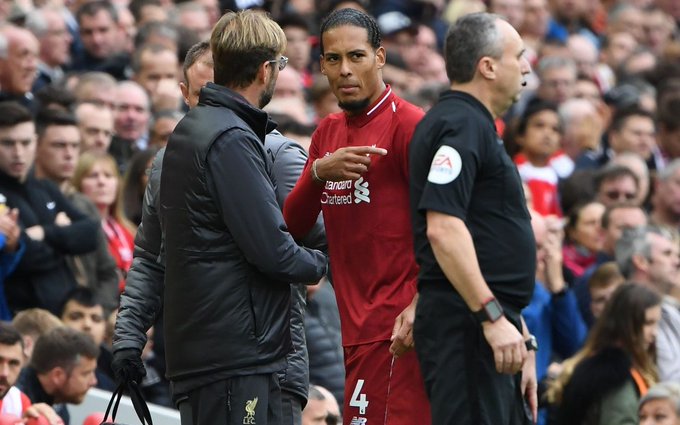