Hazard strongly indicated that he could leave Chelsea this summer after Belgium’s World Cup exit and Madrid is understood to be the Belgian’s favoured destination.

The Belgium international has made no secret of his love for Madrid and former head coach Zinedine Zidane, but Chelsea are determined to keep him ahead of the 2018/19 season.


While Chelsea have set an asking price of £200million in order to fend off Madrid, Belgium manager Martinez believes it could be time for Hazard to call it quit at the club.

‘It could be the best time [for Hazard] to try something different,’ Martinez told Spanish outlet Cadena Ser.

‘For me, it’s very easy to answer that question. He could fit in any team in the world. Players need new challenges and new projects.

‘Perhaps it’s a good time for [Chelsea] and for Eden [to split]. I would be very surprised if Chelsea didn’t have big offers for him right now.’


Martinez revealed that he has been ‘surprised’ by Eden Hazard from working with the forward for the national team.

‘Eden is a player you don’t really know until you work with him,’ Martinez added.

‘I’ve been pleasantly surprised. He has such maturity and leadership skills.


‘Eden is one of the few players that exist around the world where his play is based on talent one on one.’

Tue Jul 17 , 2018
Cristiano Ronaldo reveals he does not view Lionel Messi as a rival after completing his transfer to Juventus. The two players have been considered as the best in the world for the last decade and have been at the centre of the rivalry between Real Madrid and Barcelona since Ronaldo […] 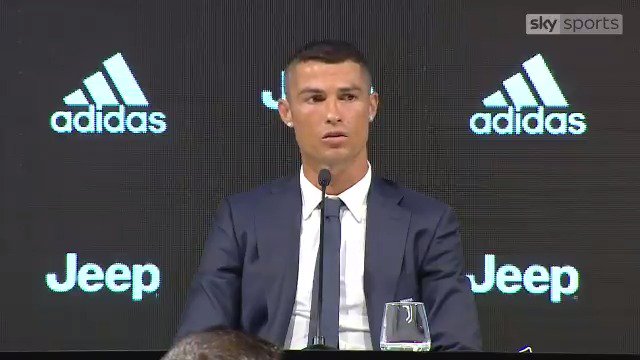