Chelsea forward Eden Hazard has denied reports that he has agreed a lucrative five-year deal with Spanish giants Real Madrid.

Hazard’s Chelsea contract comes to an end after next campaign and reports emerged this week stating that he had agreed to join Real – after speaking to their head coach Zinedine Zidane.


Hazard is currently on international duty with Belgium and, when asked about the Real Madrid reports on Saturday, he smiled and said: “There’s nothing in the reports.

“I’m only focused on tomorrow’s game against Cyprus.

“That’s all I’m thinking about.”

According to reports, Chelsea rejected a bid of around £60m for Eden Hazard earlier this month.

The Belgian has turned down offers of a new deal at Chelsea – but with the possibility of a transfer ban hanging over the London club, they may be reluctant to sell the forward.


If they are unable to sign the Belgium international, Real are planning a move for West Ham’s Felipe Anderson.

Hazard was in good form for Belgium on Thursday, scoring two goals as they began their Euro 2020 qualifiers with a 3-1 defeat of Russia.

Sun Mar 24 , 2019
Manchester United are set to reignite their interest in Toni Kroos this summer window after the German decided he wants to leave Real Madrid. Kroos, who has been a transfer target for several United head coaches in the past, has endured a difficult campaign in La Liga. Along with his […] 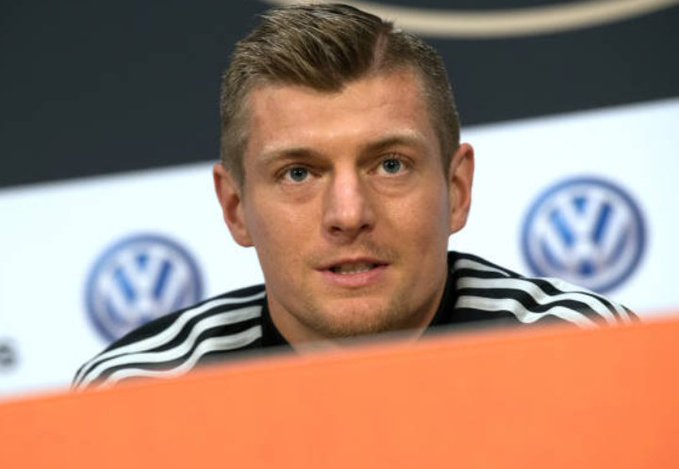