Hazard has been linked with Real Madrid throughout the campaign and the Belgium international is now reportedly set to swap Chelsea for the La Liga giants in a €130million deal.

Perez was reluctant to talk about Eden Hazard as Chelsea prepare for the Europa League final against Arsenal in Baku but the Madrid President hailed the 28-year-old Belgian.


“How are we supposed to talk to a club who are playing in a final?” Perez replied during his interview with Onda Cero’s El Transistor.

“We’ve been trying for a number of years to make Hazard a Real Madrid player, but we haven’t achieved it yet.


“I’d really like Hazard to come to Real Madrid and really hope he does. He is one of the best footballers.”

‘I have a dream that Hazard will arrive this year. Let’s make a good team this year.

‘I am very interested in him coming to Real Madrid and I am very hopeful that he will come this year. He’s one of the great footballers.

‘Last year we wanted him, but this year he only has one year left on his contract and it is easier.’

It is set to be a busy transfer window for Real Madrid, with manager Zinedine Zidane poised to overhaul a team that finished third in Spanish League and bowed out of the Champions League in the last 16.

The club has once again been linked with players like Kylian Mbappe and Neymar, while it has emerged that Sergio Ramos could be set for a shock exit from the club.

Perez, who denied Atletico Madrid’s star Antoine Griezmann has been offered to Real Madrid and said the club have not received any offer for Gareth Bale, added: “We’re not thinking about players.

“We have to meet with Zidane and see what we want to do. We have to buy and sell. I won’t talk about any player.”

Tue May 28 , 2019
Former Chelsea goalie Petr Cech believes Arsenal missed out on a top four finish simply because they don’t hate losing enough. The veteran shot-stopper is set to play the last match of his career in tomorrow’s Europa League final against former team Chelsea. The 37-year-old won 14 major titles during […] 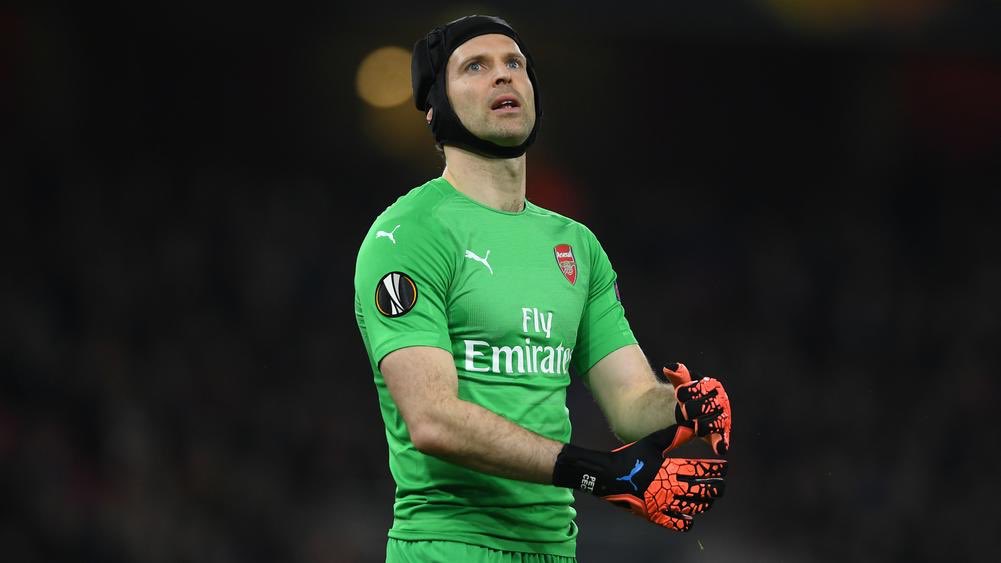