Eden Hazard appeared to confirm his exit from Chelsea after scoring a brace in his team’s 4-1 Europa League final defeat of Arsenal.

Hazard has been linked with a transfer to Real Madrid at the end of the campaign and confirmed after the match that his time at Chelsea has likely come to an end.

“I think it’s a goodbye but in football you never know. My dream was to play in the Premier League. I played here for seven years for one of the biggest clubs in the world and maybe it’s time for a new challenge,” the Belgian told BT Sport.


Eden Hazard has already said his decision was made and on Wednesday night he indicated that an announcement on his future would be announced soon.

“I don’t know yet. I think it will be decided in a few days,” Hazard said. My target was to win the trophy, that was the only thing in my mind. I made my decision already. I said it two weeks ago. Now it depends on the clubs, both clubs.


“I am just waiting. You will see, you will know in a couple of days.”

Hazard won’t be leaving Chelsea without one final incredible performance though, as his two goals in Baku helped his team to a trophy in Maurizio Sarri’s first campaign in charge.

Chelsea and Arsenal entered half-time scoreless before the goals from Olivier Giroud and Pedro opened the scoring for the blues.

“When Ollie scored, I think it was the beginning of a great night,” Hazard said.

“We played well in the second half. They had a few chances at the end when the score was 4-1. I’m just happy to lift this trophy with the boys.”

“This showed our mentality. We did it for the boys, for the fans, for the manager, for the staff. It’s a great trophy to win.”

Thu May 30 , 2019
Chelsea will go straight into pot one of next campaign’s Champions League after they defeated London rivals Arsenal in the Europa League final on Wednesday night. After a goalless first half, the Blues were fired up in the second half when former Gunner Olivier Giroud headed in a cross from Emerson […] 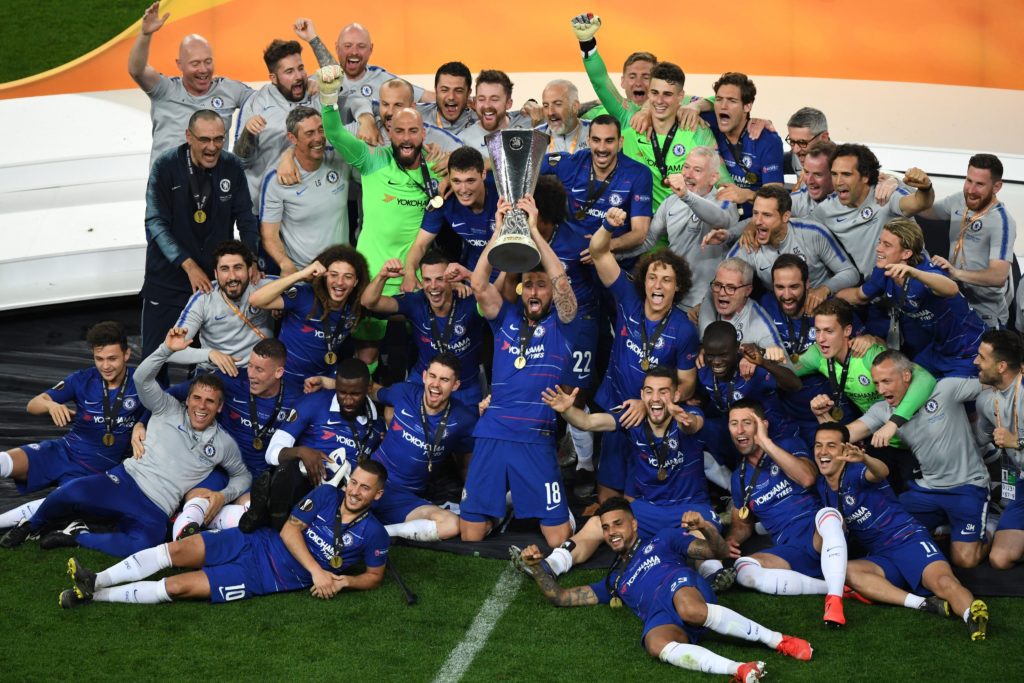