Manchester United’s board are prepared to offer Jose Mourinho a vote of confidence despite a poor start to the new campaign, according to the Guardian.

Tottenham subjected Mourinho to his heaviest ever defeat in a home game in all competitions as two goals from Lucas Moura and a header from Harry Kane helped Tottenham continue their perfect start to the new campaign.


By contrast, United are already six points behind the early pacesetters and face a tough trip to Burnley this weekend, hoping to turn things around.

Mourinho attempted to to counter Tottenham’s threat on Monday by using a three-man defence, including Ander Herrera, and pushing full-backs Luke Shaw and Antonio Valencia higher up the field.

But for Romelu Lukaku missing an open goal, United would have scored the first goal of the game, before the match unraveled in the second half after Kane was left unmarked to head home Kieran Trippier’s corner.


‘We work very, very well during the week, we prepared the game very well, we played very well, the players had a fantastic attitude.

‘At half-time the result should be two goals different minimum – 2-0, 3-1, 3-0. And then something changed the game a little bit.

‘Then the result was 2-0 but the team was in the game, and I think everyone could feel one goal could change the direction of the game.’


And, according to the Guardian, United chiefs saw enough positive in the first half performance to believe Jose Mourinho is worth persisting with.

Wed Aug 29 , 2018
Real Madrid have renewed their interest in Manchester City winger Raheem Sterling, Sky Sports News claims. But it is understood no bids are expected to be made for the forward before the transfer window closes across Europe on Friday. The European champions are closely monitoring the 23-year-old’s form and will […] 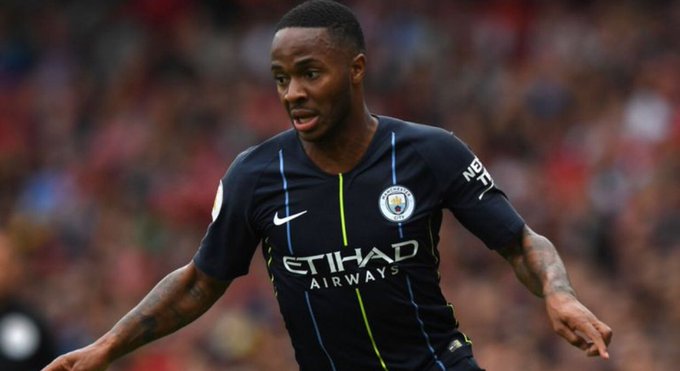