Brazil star Neymar could not resist aiming a dig with some choice comments directed at Mexico after ending their World Cup hopes on Monday.

The Paris Saint-Germain forward broke the deadlock after half-time in the last-16 match by scoring from close range.

He was also involved in the late goal that finally put the game out of reach at 2-0, by assisting Roberto Firmino.


And after a match that saw Neymar put on the floor on more than one occasion by some harsh marking, he happily celebrated Brazil’s passage into the next round.

“They talked too much, and they are going home,” he said after the final whistle.

“I want to congratulate the whole team. There are times in any game where you have to suffer, these are tough games and Mexico are a great side, but we showed lots of class.

“Us attackers have to score the goals because we know that we are very strong at the back.”
Despite his praise for Mexico, Neymar was put out by a stamp suffered at the feet of Miguel Layun.


“It was unfair. The ball was not in play and we were off the pitch,” he signalled.

Neymar now has two goals at the 2018 World Cup and will look to add to that in the last-eight match on Friday.

Mon Jul 2 , 2018
David de Gea says the Spanish national team are “f*cked” after their surprise exit from the World Cup, but has vowed that they will come back stronger. The 2010 world champions started the tournament with a 3-3 draw against Portugal and topped Group B despite struggling with just a 1-0 […] 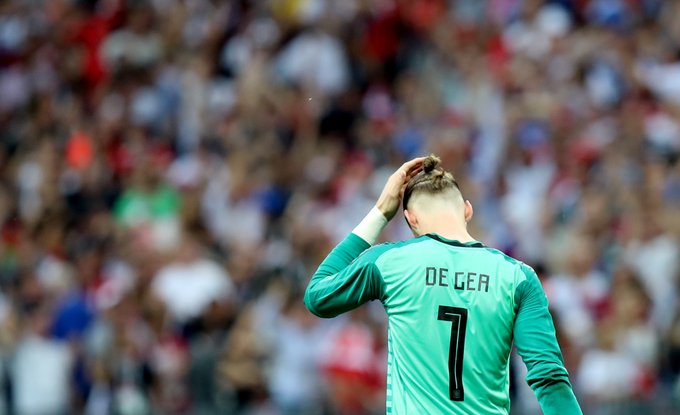