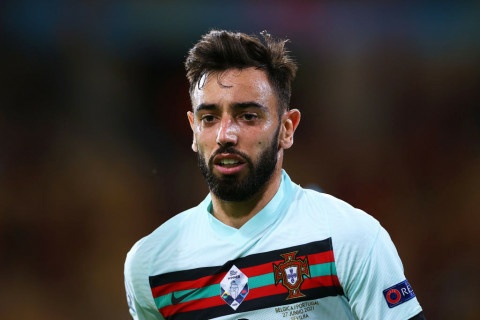 Bruno Fernandes has been working on his fitness back with former club Boavista and made sure to pass on a good luck message to his boyhood team ahead of the forthcoming season.

The United star had a superb first full campaign with the Red Devils last season and came away with the Sir Matt Busby Player of the Year award after scoring 30 goals and 18 assists in all competitions.


There were signs that Fernandes could be struggling with fatigue due to a heavy workload towards the end of the season, with Arsene Wenger suggesting he looked tired in United’s Europa League final defeat againstvVillarreal.

However, Ole Gunnar Solskjaer repeatedly brushed off those concerns and there was no let-up for Fernandes, who had to turn his attentions to Portugal’s Euro 2020 campaign.

Just three weeks after Portugal’s last-16 defeat to Belgium, though, Fernandes appeared to cut his holiday short and laced his boots in preparation for the year ahead.

Fernandes is yet to join up his United team-mates for pre-season training but instead took the chance to work on his condition back in his native Portugal with Boavista.


The midfielder, who spent his formative years with the Porto from 2004 to 2012, was filmed performing ball and running drills on the pitch beside the club’s Estadio do Bessa.

‘It’s always a pleasure to be back home where I grew up, where I have great memories,’ Fernandes said in a video posted on Boavista’s social media pages.


‘A message ahead of the next season, I wish you all the best and that this season goes better than last year. ‘May the best of last year be the worst of this year and I hope everything runs smoothly.’

Manchester United head to Derby County for their opening pre-season game this weekend and Alex Telles is excited for the ‘tough test’ ahead.

‘I’m really looking forward to the game, I’m going into the game with a lot of desire,’ the United defender told the club’s official website. ‘I think it’s a really great opportunity for us players who have been here for the last two weeks.

‘It’s going to be a tough test but we’re really well prepared for it. We’ve been working really hard in training today, and this last week, and I believe it’s an opportunity to show my value my quality and my potential here at Manchester United.

‘I know Manchester United Football Club and the fans really believe in me.’

Sat Jul 17 , 2021
Chelsea got their pre-season campaign off and running with a huge 6-1 win over Peterborough United at their training base at Cobham. Thomas Tuchel fielded two different starting lineups in each half as he sought to give his entire team some minutes after the summer break. Ross Barkley, Danny Drinkwater, […] 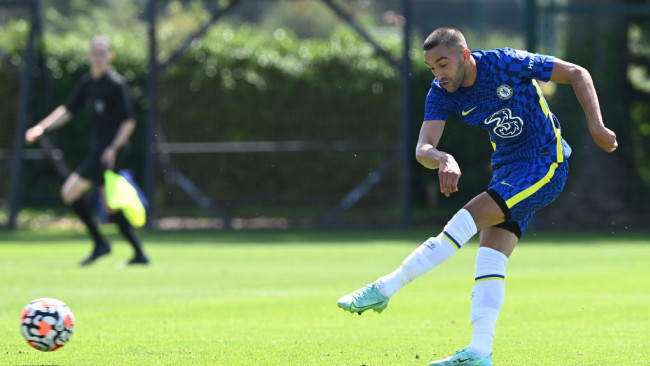