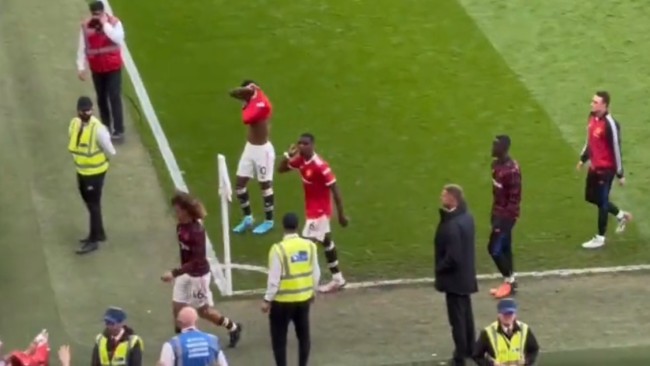 Paul Pogba cupped his ear towards Manchester United’s fans to spark more boos and jeers after the 3-2 victory over Norwich City at Old Trafford.

A Cristiano Ronaldo hat-trick sealed the Red devils’ win on Saturday, which has given Ralf Rangnick’s side a lifeline in their bid to secure a top-four in the Premier League this campaign.


Pogba, meanwhile, was subjected to abusive chants and booed by some fans at Old Trafford after he was substituted with 16 minutes left in the second half.

As he made his way towards the tunnel after the full-time, Pogba held his hand by his ear towards the direction of the Stretford End, which prompted more abuse from United’s supporters.


When asked about the incident, Rangnick urged United supporters not to target individual players. ‘I didn’t hear it myself, to be honest,’ said Rangnick.

‘But we were talking about it with my staff in my office in the locker room. ‘I think the fans here are amazing, I really do. The support in the stadium today was again great, it couldn’t have been any better.

‘I can understand if that the fans are frustrated and disappointed – so are we. Things have stayed, as far as I know, peaceful all the time.

‘I don’t think it makes sense to take on and to target any individual person or players because it’s a collective responsibility.


‘Even if you look into the past, for me it doesn’t make sense and this is why I will always defend and protect my players.’

2 months ago
Arsenal’s players are ‘really down’ after losing a third successive game in the Premier League, says Mikel Arteta. Saturday’s 1-0 defeat to Southampton at St Mary’s has followed losses to Brighton and Crystal Palace, results which have dealt a huge blow to the club’s chances of qualifying for the Champions […] 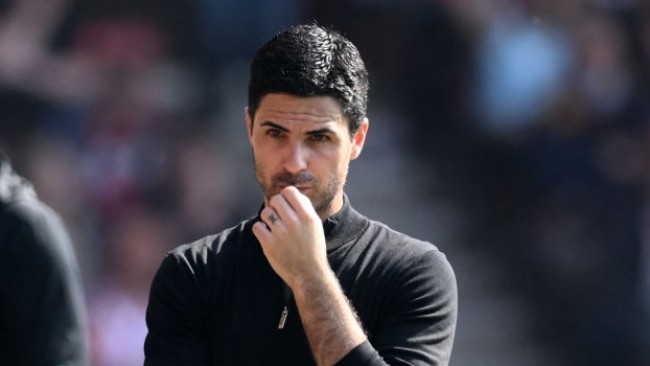