Manchester City star Phil Foden has promised to let his football do the talking as he responded to his manager’s criticism that he needs more assertiveness.


Foden has been seen as one of the bright young prospects at the Etihad and with England, but has struggled for game-time with the current Premier League champions.

Pep Guardiola recently described Foden as “a shy guy”and believes he should start showing more assertiveness like the more senior players of the City side.

However, Foden is not ready to change, and believes his football will prove he is ready for increased game opportunities.

“He has his own opinions and I stick by how I am,” Foden told reporters. “I just know that I’m ready to play. I feel like I am. I try to show him every day in training.


“There is a bit of team-mates telling me to be patient but obviously I’m hungry and want to play now. I’m going to fight for it every day. I’m ready to play whenever.”

Foden is currently with the England Under-21s, and started as his team fought back to win over Turkey to open up their play in Euro U-21 qualifying.

The Man City youngster received high marks for his outstanding performance, and conceded he was hopeful his club head coach was able to tune in to see.

“It will be nice if Pep watched the Turkey game but maybe he’s taken a little holiday to play golf or something! I wouldn’t blame him,” Foden said.


“It’s massively important to start with a win. It gives your team a boost; when you don’t get off to a good start sometimes it can affect you.

“It’s going to take a couple of games. We can already see the potential that the group has and we are only going in the right direction.”

The England U-21 team are next in action on Monday against Kosovo and Foden will return City at the weekend fo face Norwich in the Premier League.

Mon Sep 9 , 2019
Roberto Mancini has provided a promising injury update on Emerson Palmieri after the Chelsea left-back hobbled off during Italy’s win over Finland on Sunday. Emerson, who has started all four of Chelsea’s Premier League games so far this campaign, was substituted off after only eight minutes during Italy’s 2-1 victory […] 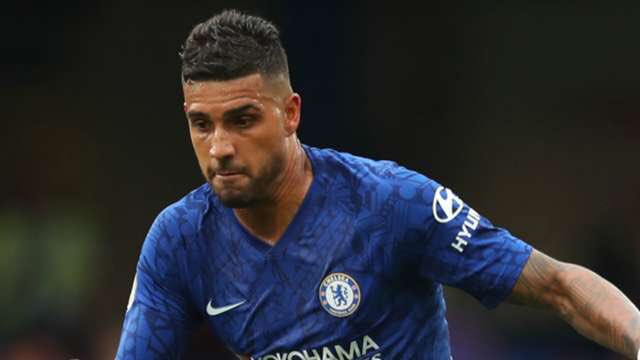