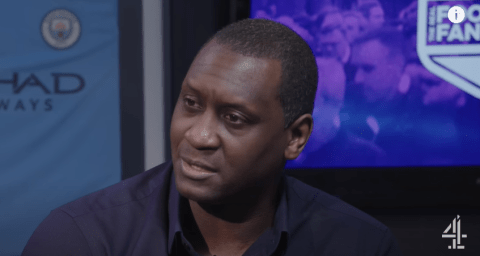 Emile Heskey believes Liverpool will secure a top-four finish in the Premier League this campaign despite their early struggles.

A 3-2 defeat to Arsenal on Sunday left Liverpool 10th in the League table, 14 points behind the Gunners and six points outside the top-four places.


Liverpool have won just two of their first eight league matches this term and find themselves below newly-promoted Fulham and Bournemouth and just four points above the relegation zone.

But, despite Liverpool’s disappointing start, Heskey has backed Liverpool to salvage their season by ‘sneaking’ into the top-four.

Defending champions Man City are currently second – just one point below Arsenal – while Tottenham and Chelsea are third and fourth respectively.

Manchester United have recovered from a poor start to the campaign to climb to fifth but Heskey doubts Erik ten Hag’s side will qualify for next season’s Champions League.


Instead, the former England striker expects Chelsea and Liverpool to join Man City and Arsenal in the top-four.

He told Ladbrokes: ‘Liverpool are looking at the top four now; not the title race. ‘They really need to start adding points sooner, rather than later though, because it’s a really tough position to be in when you start drifting away from the chasing pack.


‘Manchester City and Arsenal will be the top two in the Premier League this season. Then you’ve got the likes of Chelsea, Liverpool, Man United and Tottenham who’ll always be there or thereabout.

‘I know a lot of people say they don’t like the way Spurs play, but if it’s getting you results, you’re obviously doing something right.

‘It’s all about striking that right balance; is it the most attractive football to watch? No, but what have they got to show for the kind of football they’ve played over the last few years? Nothing.

‘Ultimately as a fan you just have to ask yourself exactly what you want. It’s not pretty, but when you’re playing pretty football, you’ll always have a section of fans saying they want grit and they want fight.

‘This isn’t just a Spurs thing, by the way; it goes for the whole division. It’s no good playing the best and most attractive football if you’re losing every week. It counts for nothing.


‘If you’re pushing me, right now – aside from Man City and Arsenal – I still believe Liverpool can finish in the top four. It’ll be a tough ask for them, make no mistake about that, but I believe they’ll sneak in there.

‘I’d probably say Chelsea are in there too. I’d put Chelsea in third and then Liverpool fourth.’

4 months ago
Paris Saint-Germain forward Lionel Messi angered Barcelona fans by ‘liking’ a post by Inter Milan’s Lautaro Martinez after the Italians put the La Liga club on the brink of exiting the Champions League. Xavi’s side were held to a 3-3 draw at the Camp Nou, which has left the Catalans on the cusp […] 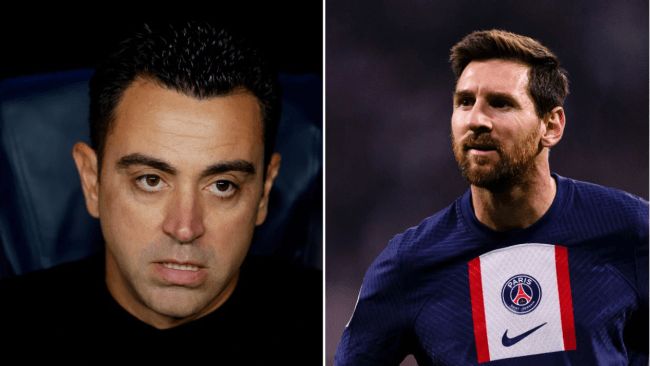