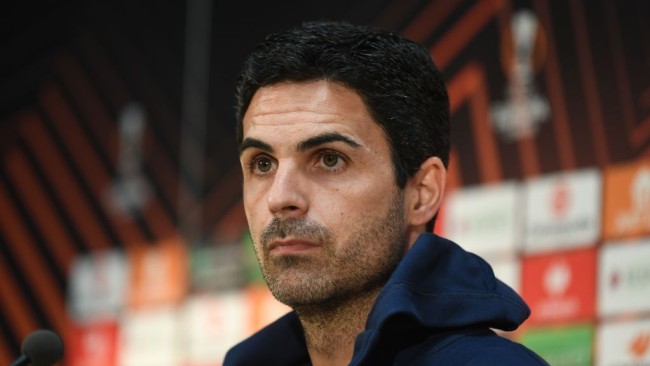 Arsenal boss Mikel Arteta has responded to Pierre-Emerick Aubameyang after the Chelsea striker slammed his former boss in a leaked video.

Aubameyang left the Emirates in controversial circumstances in the January window after he fell out with Arteta and was stripped of the club’s captaincy over disciplinary issues.


The 33-year-old, who scored 92 goals across 163 appearances for Arsenal, moved to Barcelona but after just six months he returned to the Premier League by joining Chelsea.

Aubameyang, who has scored three goals in his last three games for the Blues, filmed an interview with A Jewellers on their YouTube channel after leaving Arsenal for Barcelona – which has only been released recently – in which he aimed digs at Arteta after their acrimonious falling out.

‘We knew the coach, Xavi, then he called me and said there is an opportunity because you have those problems with Arsenal, but if you come you will help us a lot, so I said okay,’ Aubameyang said in the video.


Arteta has now responded to the jibe, telling reporters on Wednesday: ‘People are free to discuss what they want. ‘I have never been in a better dressing room… it’s an absolute pleasure to be in this group.’

Aubameyang has since addressed the clip, posting on Twitter on Monday: ‘I’m aware there is a video out that was recorded just after I arrived at Barca.


‘At the time I still had a lot of bad feelings in me. Arsenal are doing great things this season and I wish all my old guys well, just not on November 6 [when Chelsea host the Gunners].’

In the video, Aubameyang also hit out at accusations he was only motivated by money – and the rumoured £350,000-per-week contract he was on at Arsenal.

‘I wanted to show them [Arsenal] because they thought this guy [only plays] because of the money,’ he added. ‘But okay, let me go everywhere else I’ll show you, that’s no problem, I will show you.’

4 months ago
Arsenal legend Thierry Henry claims Timo Werner struggled at Chelsea because he was lacking confidence and didn’t ‘feel the love’ at Stamford Bridge. Werner scored 23 goals in 89 matches across two seasons at Chelsea after a £50m transfer move from RB Leipzig in 2020. While the German star won […] 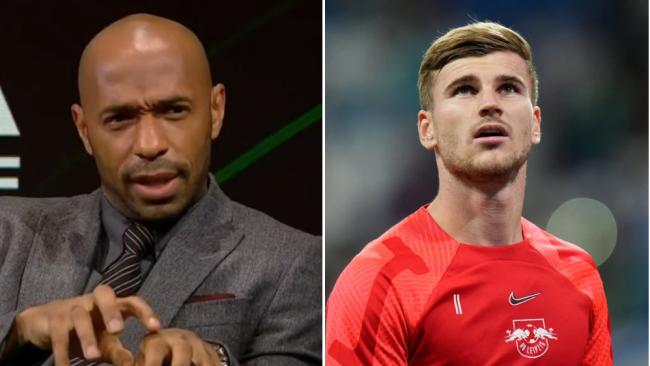