Real Madrid forward Karim Benzema has aimed something of a dig at his old Real team-mate, Juventus striker Cristiano Ronaldo.

Speaking in an interview with France Football, the French forward attributed his improvement in form this campaign to no longer playing alongside Ronaldo up front.


Benzema had to play more of a supporting role in attack when Ronaldo was at Real, with the Portugal international the player who ended up scoring most of the club’s goals.

While it worked pretty well for Madrid for many years, it is also unsurprising that Benzema might not have been happy with such a role.

Speaking about it now, the France international says he is now happier for being able to play his natural game this season, becoming the main man up front for the club.

‘Before, there was a guy who put more than fifty goals per season and I was in the role of smuggler,’ he told France Football.


‘I played according to Cristiano. We formed a good duo. I was always looking for him with the goal of helping him to score even more goals.

‘Now, I’m the leader of the attack. It’s up to me to make a difference. I am very happy because I can play my real football.’

However, Madrid have become weaker without Ronaldo in the team this season.

Kepa: It wasn’t my intention to disobey Sarri

Mon Feb 25 , 2019
Kepa Arrizabalaga has come out to explain his on-pitch row with Maurizio Sarri in the final against Manchester City, which threatened to overshadow Chelsea’s penalty shootout defeat to Guardiola’s side. The £71m signing was involved in the incident at the end of extra time, where Willy Caballero was set to […] 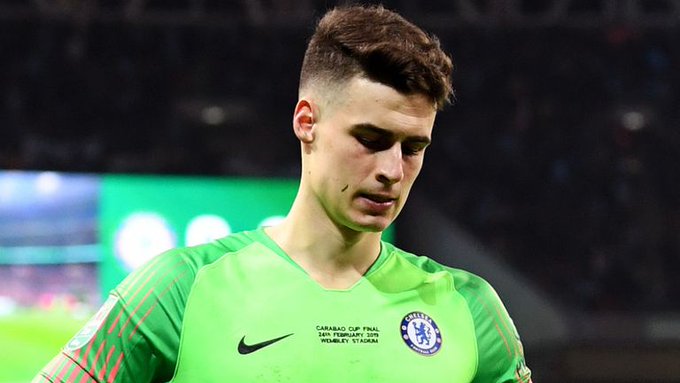