Jurgen Klopp has revealed that summer signing Fabinho has picked up an illness ahead of Liverpool’s Premier League opener against West Ham.

Fabinho completed a £39million transfer from Monaco to Merseyside at the end of May and the 24-year-old has got some minutes under his belt for Liverpool in pre-season.

The Brazil international picked up a knock in training this week but scans on his injury came back clear.


However, Fabinho is a serious doubt for Sunday’s match with West Ham after it was confirmed that the midfielder had picked up an illness.

New signings Alisson, Naby Keita and Xherdan Shaqiri are all expected to feature against the London side.

‘The [Fabinho’s] scan was clear. It was only a check-up and the scan was clear, but he felt ill when he came back so we sent him home again,’ Klopp said at his press conference on Friday.

‘Obviously he was not feeling really well so we sent him home again and I didn’t see him so far and I didn’t ask anybody, so we will see.


‘We will see about the England boys and Dejan [Lovren]. They are all in different shape. Trent [Alexander-Arnold] has had longer, which is good.

‘[Jordan] Henderson is full of power but hasn’t been back long. It’s Hendo though, you always think about him. Dejan is unavailable for the weekend.’


‘Ragnar has no real chance,’ the German added.
‘Joel did train in small parts like Joe did so we will see how they are today.’

Willian: No chance I would have stayed at Chelsea under Conte

Mon Aug 13 , 2018
Willian says that there is “no chance” he would have stayed at Chelsea under Antonio Conte, but he is happy he stuck around to play for new manager Maurizio Sarri. Barcelona made offers to secure Willian from Chelsea over the summer, although they were put off as the club demanded […] 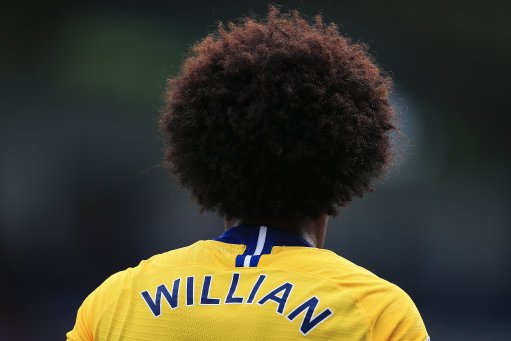