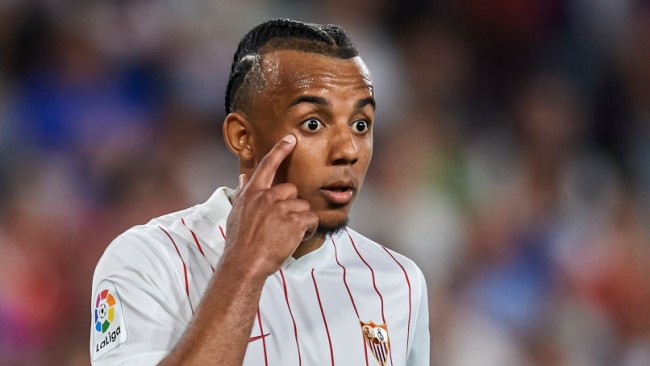 Jules Kounde is holding out for a transfer move to Barcelona despite agreeing a deal to join Chelsea, according to reports in Spain.

Chelsea reached a £55m agreement with Sevilla for Kounde this week which will see them pay £51m up front plus another £4m in add-ons for the Frenchman.


Barcelona are also interested in Kounde but the Spanish side have not yet submitted an offer to Sevilla due to their current financial restrictions.

Kounde has agreed a five-year deal with Chelsea, who are aiming to sign one more defender alongside the 23-year-old and Kalidou Koulibaly, who joined in a €40m (£34m) deal from Napoli.


According to The Guardian, Barca have told Kounde to wait for them to send their offer to fellow La Liga team Sevilla, with Xavi keen on completing a deal.

And Spanish radio station Cope reported on Thursday that Kounde has decided to hold out for Barcelona to negotiate with Sevilla, and discussions have now begun between the two clubs.

The situation resembles Chelsea’s move for Raphinha this summer when their £55m offer was accepted by Leeds United, but the Brazil international continued to wait for Barca to make an approach.

Kounde had been left out of Sevilla’s team for their friendlies against Sporting CP and Angers this weekend but it’s reported that the defender has now made himself available for those two games.


Chelsea, meanwhile, remain in talks with Paris Saint-Germain over a move for their French defender Presnel Kimpembe.

RB Leipzig’s 20-year-old centre-back Josko Gvardiol is also on Chelsea’s shortlist but the player still has four years left on his current deal with the Bundesliga club.

6 months ago
Barcelona president Joan Laporta has suggested that Chelsea have finally won the race to sign Sevilla defender Jules Kounde. Chelsea saw their £55 million bid for Kounde accepted by Sevilla this week and the player has agreed a five-year contract. But, Barcelona have also expressed an interest in signing Kounde […]