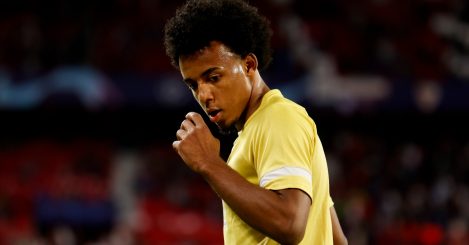 Sevilla have finally accepted Chelsea’s £55 million bid for Jules Kounde, according to reports, who will sign a long-term deal at Stamford Bridge.

The 23-year-old defender is set to get his desired move this summer after missing out on a transfer last summer to the club.


Kounde has been the subject of huge interest from both Chelsea and Barcelona, but Thomas Tuchel’s team are set to win the race to finally land their man.

Discussions have been ongoing between Chelsea and Sevilla, who want to get his future resolved this week before they head to Portugal.


Barcelona had been told to offer straight-cash if they wanted to beat Chelsea to a deal for the Frenchman, but now the Blues are closing in on beating the Catalan giants to his signature.

Chelsea have already signed Kalidou Koulibaly from Napoli, arriving from Italy last week, and now Kounde is on the verge of becoming their third signing this summer, adding to Raheem Sterling’s transfer.

Talks have advanced with Sevilla and now as reported by Jose Manuel Garcia in Spain, Chelsea’s offer has now been accepted.

The West London side have had an offer of £55 million accepted by the Spanish side, which will see Kounde sign a five-year contract.


Tuchel hinted at more signings, with defence a major priority for the Chelsea manager after losing Antonio Rudiger and Andreas Christensen on free transfers.

Earlier this week, he said: “I have a figure (on the amount of signings required this summer). “I think we need a couple more players to improve the squad.

“We are third last season. There was a gap. In general, if you want to keep your position or fight, you need to improve.

“We even lost players. It is common sense we need to bring new quality to the team to maintain our level, not even speaking about improving our level.”

Chelsea are also reported to be interested in Paris Saint-Germain defender Presnel Kimpembe, while Josko Gvardiol of RB Leipzig is also of interest.


Should Kounde arrive from Seville, he is unlikely to be part of Chelsea’s tour of the United States due to the club playing their last game on Sunday morning (UK) before flying back to the United Kingdom.

Tuchel wanted at least two central defenders this summer window and now his wish is expected to be granted.

Meanwhile, Kounde’s arrival could pave the way for Cesar Azpilicueta to be allowed to leave Chelsea to join Barcelona.

6 months ago
Arsenal forward Gabriel Jesus was left dumbfounded after an altercation between himself and Everton defender Yerry Mina during last weekend’s friendly game in Baltimore. The Brazil international continued the good start he has made to his Gunners career, scoring his third goal in two matches as Mikel Arteta’s side beat […] 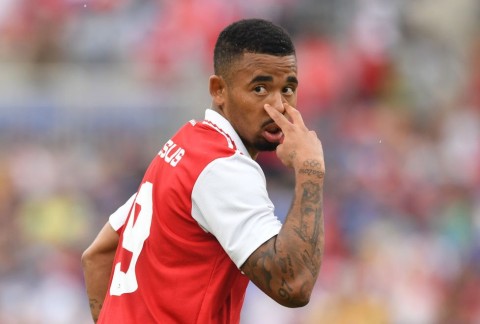