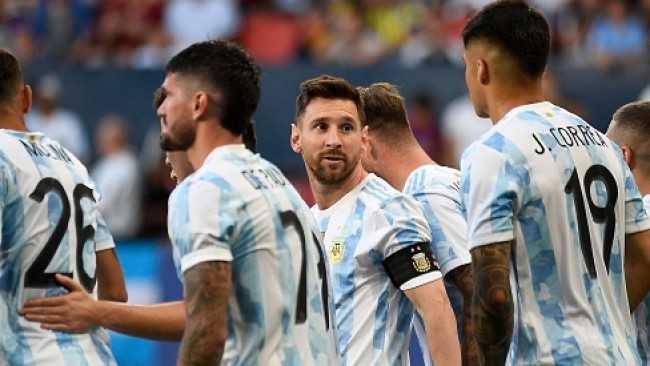 Lionel Messi has issued a warning to Argentina’s World Cup rivals after scoring all five goals in his team’s friendly victory over Estonia.


The Paris Saint-Germain star and Barcelona legend produced another good display against Estonia in Spain, scoring an early penalty and then netting two goals in each half as Argentina sealed a 5-0 win.


It was the first time Messi had scored five goals in a game for his country, having achieved the feat for Barcelona in a Champions League match in 2012.

After Argentina’s win, Messi wrote on Instagram: ‘We could not close the season better. We won the Finalissima and today we added more minutes preparing for the World Cup.

‘Thanks again to everyone who came to the field and to those who follow us from a distance. We’re going to rest for a few days and we’ll be back very soon!’

Argentina manager Lionel Scaloni added: ‘I don’t know what else to say about Leo, it’s very difficult. He’s like Rafa Nadal, what more can you say?


‘I’ll let the journalists speak. I have no words left to describe him and, above all, for everything he does. He is unique and it is a pleasure to have him, to coach him… his behaviour and how he works for this shirt.

‘I only have words of thanks for Leo, he is not a legend of Argentina but of world football. The day he does not play anymore, we will miss him.

‘I hope he continues playing and everyone enjoys it, because it is a pleasure to see him play.’

Argentina are now in Group C for this year’s World Cup in Qatar alongside teams like Saudi Arabia, Mexico and Poland.

3 weeks ago
Chelsea have entered the race to sign Juventus central defender Matthijs de Ligt as Thomas Tuchel looks to replace Antonio Rudiger. The Blues need a new centre-back after Rudiger completed a move to La Liga giants Real Madrid and have been linked with Sevilla’s Jules Kounde. De Ligt is also […] 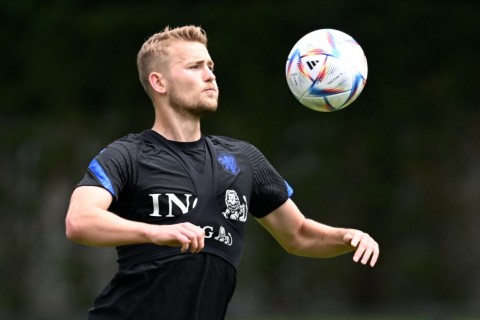