Real Madrid manager Julen Lopetegui said he will decide his goalkeeping situation on a game-by-game basis after new signing Thibaut Courtois was made to wait for his debut.

Courtois swapped Chelsea for European champions Madrid in a £35 million move but the Belgium international was on the bench for Sunday’s 4-1 La Liga victory over Girona with Lopetegui opting to retain Keylor Navas.


Lopetegui also preferred Navas to Courtois in Madrid’s La Liga opener against Getafe, after the 26-year-old watched from the stands as his new team lost to Atletico Madrid in the UEFA Super Cup.

Discussing Courtois’ absence in favour of Navas, Lopetegui said: “It’s not a situation that’s easy to understand but it’s simple enough to explain.

“I’ve got some really good options in goal and there are no problems in that area. We’ll decide what’s best for each game.

“Keylor got the nod today and did very well. There’s great competition and that makes us stronger in the goalkeeping department. I’ve got some thoughts in my mind, but I’m not going to share them.


“Over the course of the season, I’ll look for solutions to solve the next immediate challenge.”

Madrid star Luka Modric also made his third consecutive appearance off the bench as the Spanish giants came from behind to get a win.

Modric, who was linked with a move to Inter, was among the substitutes alongside World Cup winner and French defender Raphael Varane.


Lopetegui added: “They came back into the fold slightly later on and we have alternatives, other players competing. That’s always important.”

Mon Aug 27 , 2018
Summer signing Jorginho set a new Chelsea record for passes in a single Premier League match as the Blues edged their way past Newcastle on Sunday. Maurizio Sarri’s side took the lead from the penalty spot through Eden Hazard but were quickly pegged back by Joselu, though DeAndre Yedlin own […] 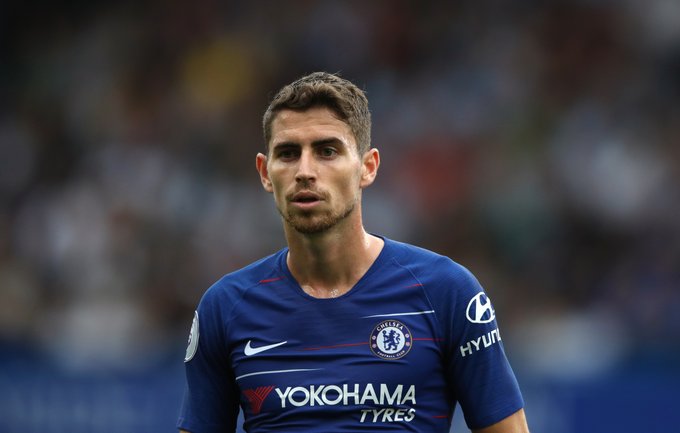