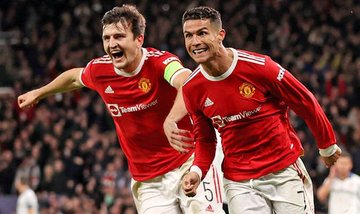 Manchester United skipper Harry Maguire praised Cristiano Ronaldo ahead of the start of the Premier League campaign, as he said they both know what it is like to have their careers scrutinised.

United start their campaign at home to Brighton on Sunday, with speculation mounting as to what extent Ronaldo will feature.


The Portugal international played only 45 minutes in pre-season and missed the tour of Australia and Thailand due to ‘family reasons’.

Ronaldo told United he wanted to leave before the start of pre-season but it now seems more than likely that he will stay at Old Trafford.


And when asked what the 37-year-old brings to United, Maguire simply told Sky Sports : “Goals.”

He then added: “Cristiano is a magnificent player and magnificent character to have around us. I know what it is like to have a lot of media speculation around me but he takes the majority of it.

“Everything he does is obviously scrutinised to a degree. I think this is what you get when you play for this club [due to] the size of the club.


“On the other hand when things are good you get a lot of praise. That’s football, that’s the sport that we play, there is a line that can be crossed and there are things we can do in this country to prevent that.”

6 months ago
Gary Neville has compared William Saliba to Manchester United legend Rio Ferdinand after his outstanding Arsenal debut. Saliba was handed his Gunners debut on Friday night for the Premier League opening game against Crystal Palace. Arsenal spent almost £30m to sign Saliba from Saint-Etienne in 2019 but the defender went […] 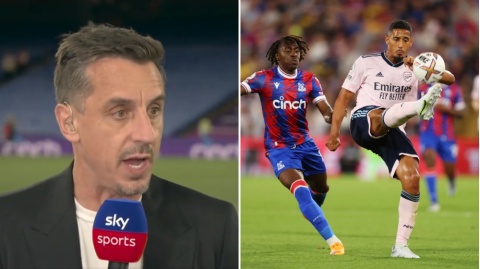