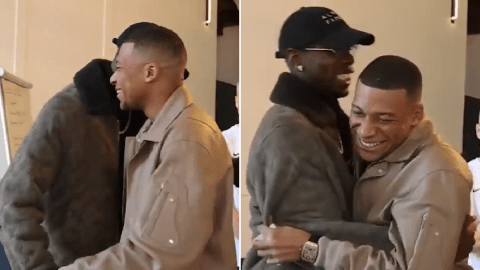 Kylian Mbappe appeared to tell Manchester United’s Paul Pogba he was ‘fed up’ with life at Paris Saint-Germain when they met up on international duty with France this week.

Although PSG are 12 points clear at the top of the Ligue 1 table, the nature of their Champions League defeat against Real Madrid in the last 16 has created a toxic atmosphere in the French capital.


Mauricio Pochettino’s side were two goals up with time running out at the Bernabeu, but a Karim Benzema hat-trick saw the French team crash out of the competition.

Lionel Messi and Neymar, among others, were booed in the subsequent league game against Bordeaux and then lost to Monaco, with Pochettino saying it was ‘difficult to sleep at night’.


PSG’s struggles have increased the likelihood of Mbappe leaving Paris in the summer on a free transfer, with his contract expiring at the end of the campaign.

The 23-year-old has offered little assurances that he will remain at PSG and his latest interaction with Pogba has increased speculation that he is edging ever closer to an exit.

Both players embraced when they saw each other at France’s training base in Clairefontaine ahead of the international friendlies against Ivory Coast and South Arica.

After exchanging pleasantries, Pogba asked Mbappe how things were going at his club and the striker leaned in to try and avoid the cameras picking up their conversation and whispered, ‘I’m a little fed up’ in French.


PSG’s dressing room is reported to be massively divided at present, particularly between the South American and French players.

Surprisingly, Mbappe is PSG’s top scorer with a low 15 goals in 25 Ligue 1 appearances this season – a below-par return compared to his normal standards – though he has out-scored Neymar, who only has five goals, and Messi, who has netted just twice.

5 months ago
Paul Pogba has offered the clearest indication yet that he will leave Manchester United, taking a swipe at Ralf Rangnick and suggesting he has wasted five years of his career. The Frenchman is out of contract in the summer, with renewal talks having broken down months ago, and he is […] 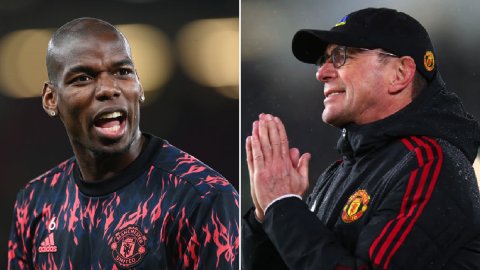