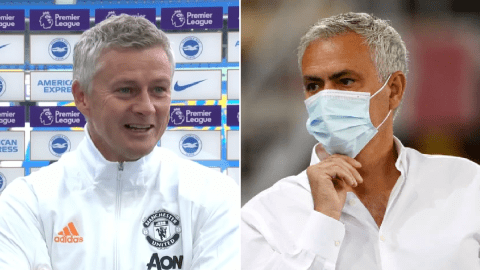 Tottenham Hotspur manager Jose Mourinho has taken a dig at Ole Gunnar Solskjaer after the Manchester United head coach made a joke about the Portuguese manager.

Solskjaer made the comment after United’s 3-2 victory over Brighton, which saw them earn all three points thanks to a late Fernandes penalty which was given after a VAR check – this happened after the referee had blown the final whistle.


Brighton hit the woodwork five times during the match and, in his post-match interview, Solskjaer said they were lucky, referencing Mourinho’s complaints about the size of the goalposts during Tottenham’s Europa League trip to Macedonia this week.

Speaking to BT Sport, Solskjaer said: “We got away with one. Maybe one point we deserved, we didn’t deserve more. But the character deserved more.

“Last season we had too many draws, so that is a big plus for us. You have to be happy Jose is not here to measure the goal posts – it might have been a smaller goal!”

Jose Mourinho has now hit back at Solskjaer, aiming a dig at the amount of penalties the Red devils have been awarded.


When asked if had measured the goalposts ahead of Tottenham’s match against Newcastle, Mourinho told Sky Sports: “No, because I know the goalposts are fine.

“I think Ole yesterday was so happy and so surprised with what happened to his team that he had a joke.

The Portuguese also stoked the fire ahead of his return to Old Trafford by taking a dig at his former club after Tottenham’s 1-1 draw on Sunday.

10 months ago
Thiago Silva has taken responsibility for his error against West Brom and promised Chelsea supporters he – and the team – will bounce back from the game. The blues salvaged a point in a 3-3 draw at the Hawthorns after a first half filled with mistakes, with West Brom scoring […] 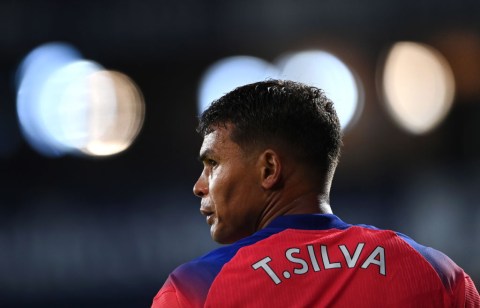