Arsenal forward Pierre-Emerick Aubameyang says he would prefer to avoid playing Chelsea in the final of the Europa League and would rather play Frankfurt.

The two English clubs are heading towards what could mean all Premier League final after the Gunners secured a 3-1 victory at home to Valencia and Chelsea bagged a possibly key away goal in Germany.


Arsenal lost away to the Blues in just the second game of Unai Emery’s reign at the very start of the Premier League season, but comfortably won the reverse fixture at the Emirates in January.

Nevertheless, Aubameyang says he does not want to face Maurizio Sarri’s team for a third time and feels Frankfurt are slightly easier.

‘No, I don’t want them,’ Aubameyang told reporters when asked about the prospect of facing Chelsea in Baku.

‘We know they are a great team but hopefully first we will go to the final and then I prefer to play Frankfurt, because we have already played against Chelsea.


‘I know Frankfurt are really good and if we both go through to the final it will be a hard one.’

Aubameyang is currently two goals behind Mohamed Salah in the race for the Premier League Golden Boot and has not given up on it yet.

He continued: ‘It’s a tough battle. We have great strikers in the Premier League. Hopefully they won’t keep scoring, but I’m a guy who is confident and I know that I can do it. If I don’t, no worries, that’s no problem. But there are still two games to play in the league so I have my chances. Why not?


‘I won it two years ago in Germany, in the last game. Me and [Robert] Lewandowski were level on 30 goals and on the final day I scored a penalty. When you are a striker it means a lot. If you want to be the best you have to win the Golden Boot.’

Sat May 4 , 2019
Mohamed Salah was stretchered off with a head injury after he collided with Martin Dubravka in the second half of the Premier League game between Newcastle and Liverpool. With the match 2-2, Salah was looking to challenge for a ball into the area, but was hit by the Newcastle goalkeeper Dubravka’s […] 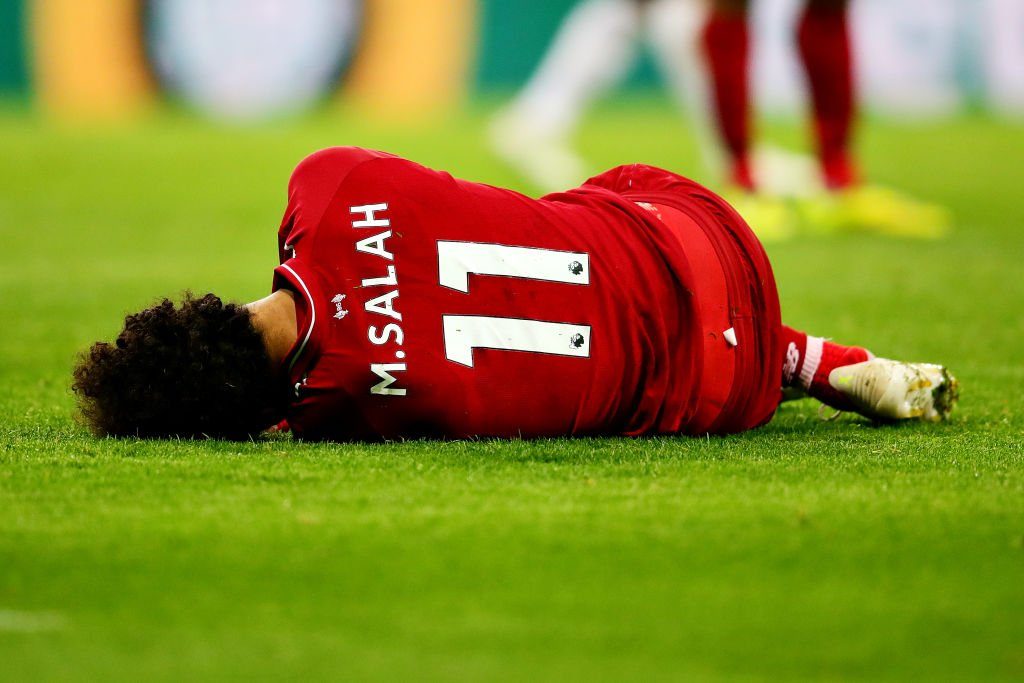