The 24-year-old has been in superb form for Sporting this campaign with 25 goals and 15 assists in 44 matches.


Earlier this week, It was reported that Manchester City were close to agreeing a deal with Sporting for Bruno Fernandes.

But according to A Bola, Solskjaer is interested in bringing Fernandes to Old Trafford and has made this known to United’s hierarchy.

The report also claims that Fernandes’ agent Miguel Pinho is ready to listen to United’s offer before deciding whether the midfielder will join Solskjaer’s team ahead of City.

Fernandes, who has also attracted interest from Liverpool and Arsenal, has a £85m release clause in his contract with Sporting.


United are in the market for at least one new central midfielder as Ander Herrera is expected to leave while Juan Mata is also out of contract at the end of the campaign.

City, meanwhile, are looking for a long-term replacement for David Silva and reportedly see Fernandes as an ideal candidate.

Sat May 4 , 2019
Arsenal forward Pierre-Emerick Aubameyang says he would prefer to avoid playing Chelsea in the final of the Europa League and would rather play Frankfurt. The two English clubs are heading towards what could mean all Premier League final after the Gunners secured a 3-1 victory at home to Valencia and […] 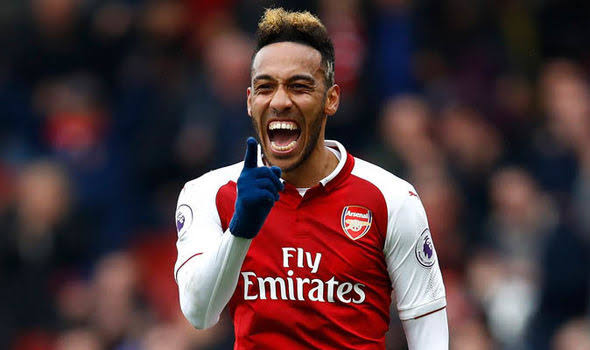