Arsenal face a battle to keep Gabonese star Pierre-Emerick Aubameyang after the forward received a £300,000-per-week offer from the Chinese Super League, according to reports.

Pierre-Emerick Aubameyang transfer to the Emirates in a £56 million deal from Borussia Dortmund in January last year.


And the 29-year-old has quickly established himself as an important part of Arsenal’s attack with 41 goals in 65 matches.

Before signing for Arsenal, Aubameyang was close to joining Chinese club Guangzhou Evergrande in a £62m transfer.

And according to The Times, both Guangzhou Evergrande and Shanghai SIPG believe they can bring Aubameyang to China with a contract offer worth around £300,000 a week.

Aubameyang is currently earning £190,000 a week with Arsenal and still has two years left on his deal.

However, Arsenal are set to hand Unai Emery a restricted transfer budget to work with after their failure to secure a place in next campaign’s Champions League.

A loss to Chelsea in the Europa League final last week means that Emery will have up to £40million to spend.

The Gunners are also looking to decrease their hefty wage bill and are willing to sell both Mesut Ozil and Henrikh Mkhitaryan.

Tue Jun 4 , 2019
Real Madrid have completed the signing of Luka Jovic from Eintracht Frankfurt, with the 21-year-old signing a six-year deal. It was reported in Germany last month that the transfer is worth €70m and the Serbia international forward will earn around £43.7m in total or £8.7m in a year. Eintracht Frankfurt […] 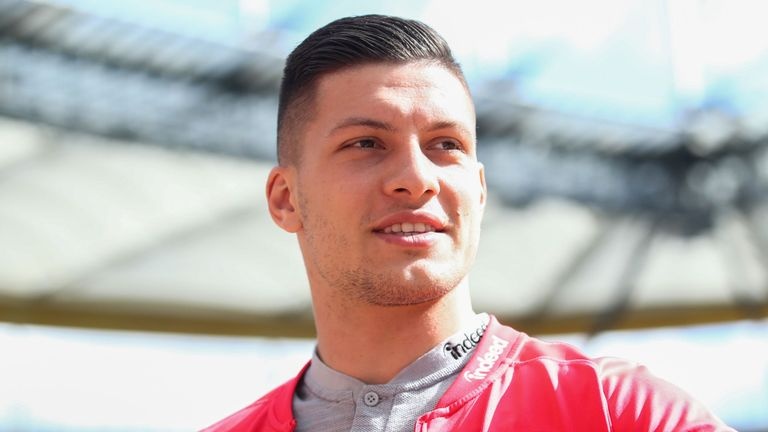