Manchester United manager Ole Gunnar Solskjaer says it was a ‘tactical decision’ to take Bruno Fernandes off late on in their goalless draw with Liverpool on Sunday.

The Portuguese playmaker had an off game by his usual standards, misplacing 58% of his passes in the huge clash – the lowest success rate of any player who started the game on either side.


He was withdrawn in the 89th minute as the Red devils chased an equaliser, replaced by Mason Greenwood, and was unhappy with the decision.

With McTominay down receiving treatment, Fernandes tried to delay his exit away from the pitch – with Greenwood’s introduction being United’s final sub – and then ranted in the direction of the touchline as he came off.

Fernandes seemed angry with suggestions he was time-wasting, though Solskjaer was adamant the only reason for the change was to try and find a winner in the game, not run down the clock.

Asked about the substitution, Solskjaer said: ‘It was a tactical decision. ‘Bruno has obviously been running his socks off for us every single game since he’s come. He’s been here and been running more or less every game.


‘So towards the end we felt Paul [Pogba]’s physical presence in there might be a chance for us. And Mason, when he gets a chance he can score in the blink of a second.

‘So it was a bit of a throw of the dice to get Mason on even though he had to defend against [Andy] Robertson.’


Asked whether Alex Telles’ arrival has helped Shaw, Solskjaer said: ‘Luke has improved immensely. I thought today he showed his strength, quality, composure on the ball. Delighted with his performance definitely.’

2 months ago
Arsenal star Emile Smith Rowe has welcomed comparisons with Bruno Fernandes and said he looks up to the Manchester United playmaker. Smith Rowe has been very key to Arsenal’s resurrgence in recent weeks, coming into the team on Boxing Day when the club beat Chelsea 3-1. Mikel Arteta’s side have […] 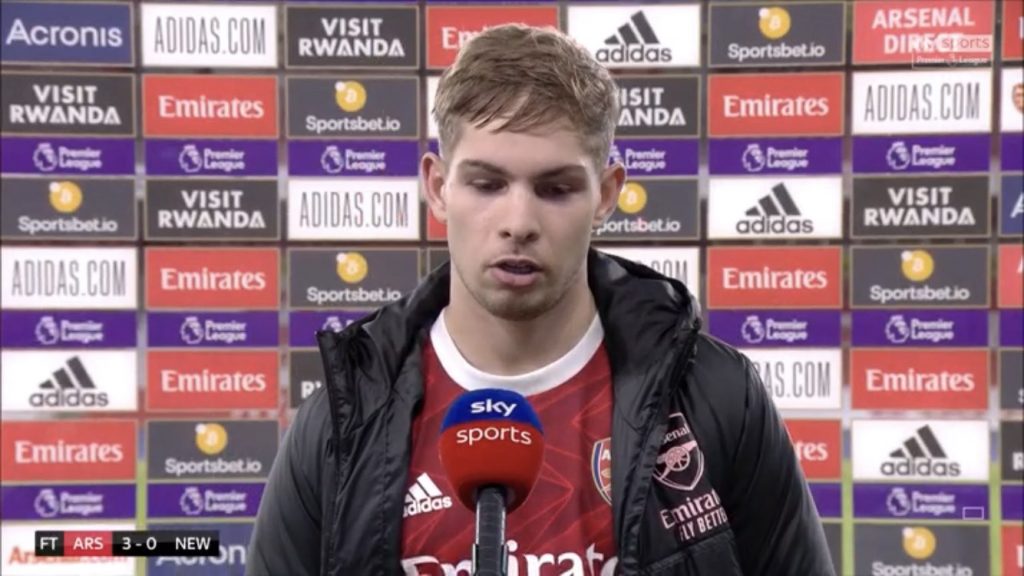