Maurizio Sarri concedes Chelsea are in ‘trouble’ defensively as Gary Cahill joins Antonio Rudiger on the injury list ahead of their semi-final in the Europa League.

Germany international Rudiger will miss the end of the campaign after suffering a knee injury during Chelsea’s Premier League game with Manchester United.


The 26-year-old had a ‘successful’ surgery on this week but Sarri still expects the German to be out for ‘at least three months’.

To make it worse for Chelsea, Cahill has not travelled with the rest of the team to Eintracht Frankfurt ahead of Thursday’s semi-final first leg match

Sarri said: ‘Cahill is out… it’s a problem with the Achilles tendon. He is out for the moment. I hope to have him back in one week.

‘But he is out so we are in trouble with the centre-backs. In training we played with [Cesar] Azpilicueta at centre-back, in case as he is the only one who can play there.

‘It is normal it can happen. We have had a lot of games and been unlucky with injuries. Worried? A little.


‘Rudi is out for at least three months, I spoke to him and he is disappointed.

‘When you have a serious injury it is difficult to remain the same. He is very strong and will come back better than before.’

However, Sarri has confirmed Willian is fit to face Frankfurt despite hobbling off against United after a bad tackle from Marcos Rojo.

‘Willian is okay, it was only a knock,’ the Blues boss added.

‘So today in the morning he has been training. No other injuries, except of course Callum [Hudson-Odoi].’

Asked whether Rudiger was rushed back too soon after a previous injury, Sarri said: ‘We tried to reach to the end of the season, but the injury was there.

‘He had a problem with the meniscus. We tried to reach to the end of the season, he was unlucky.


‘The situation, with or without the match was the same. At the end of the season he would have had surgery.’

On the quality of Chelsea’s opponents Frankfurt, Sarri added: ‘I respect Frankfurt.

‘They have played against big teams and are a dynamic team with a great intensity and physically with the same characteristics as Prague, but the quality is better, especially offensive. ‘So it will be difficult to get to the final.’

Thu May 2 , 2019
Eintracht Frankfurt will ‘double up’ on Eden Hazard as they look to thwart the Chelsea forward in their Europa League semi-final game. The Belgium international is enjoying another incredible season at Stamford Bridge, scoring 26 goals and contributing 15 assists in all competitions. Frankfurt manager Adi Hutter rates Hazard as […] 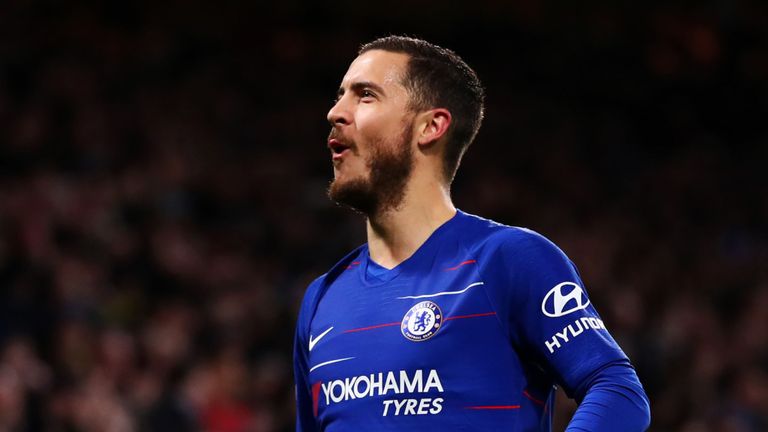