Chelsea head coach Maurizio Sarri conceded he felt sorry for Jurgen Klopp after his team missed out on the Premier League title by a single point.

Liverpool ended their domestic season with a routine 2-0 victory over Wolves at Anfield but it proved to be futile win with Manchester City cantering to a 4-1 win against Brighton.

Liverpool ended the season having lost only a game but finished second, which brought back painful memories of last year for Sarri whose Napoli team amassed 91 points but still finished below Juventus.

‘I thought I was unlucky at Napoli (losing the title) with 91 points. It will be very difficult [for us to close the gap], Liverpool lost the Premier League with 97 points,’ said the Italian.

‘I’m really sorry for Liverpool fans and [Jurgen] Klopp but the season of Manchester City was wonderful. We have to work and try to recover the gap. It will be difficult.’


Chelsea finished a turbulent season in third place after a goalless draw at Leicester, ahead of the final against Arsenal in just over a fortnight’s time.

Sarri has several injury headaches already and is desperate to avoid any further issues when Chelsea face New England Revolution in a post-season friendly on Thursday.

‘All the players will come to Boston,’ he added.

‘We have to try to recover [N’Golo] Kante.

‘We have no chance with [Antonio] Rudiger, [Callum] Hudson-Odoi, Gary Cahill is difficult. We need to avoid another injury in Boston.


‘The season is good. We were in trouble two or three months ago but third place is a very good result.

‘Now we have to go to Baku for the Europa League final and we have the chance for our season to be wonderful.’

'I've made my decision' - Hazard all but confirms Real Madrid transfer

Sun May 12 , 2019
Chelsea forward Eden Hazard has confirmed that he has made a decision on his future at the club, with the Belgian suggesting that he will be leaving Stamford Bridge for Madrid. Talks between Madrid and Chelsea regarding Hazard have been ongoing for some time, though there has been some hope in […] 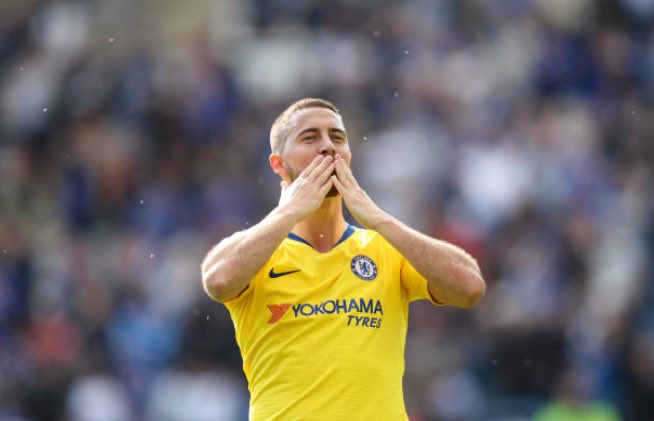