Manchester United manager Jose Mourinho hailed the club’s “fantastic” fans, though he refused to back his team after a frustrating window.

Mourinho has cut a frustrated figure since and the United manager was even more unhappy following last week’s shock 3-2 defeat to Brighton and Hove Albion.


Speaking ahead of Monday’s game against Tottenham at Old Trafford, Mourinho was asked if he was okay with his squad and he replied, “You know my answer.”

Mourinho added: “I do not need to answer because I do not even know sometimes why I am here because you [the media] know everything. During the week it looks like you show that you know everything then I come here and you ask me questions. It’s a bit strange.”

The Portuguese tactician, however, was far happier to discuss United’s fans heading into the Spurs match in Manchester.

“The supporters were fantastic in both matches [against Leicester City and Brighton],” Mourinho said. “Not for me, for the team, which is the only thing that matters.

“In my career I was never selfish and thinking about myself, I was always a club man. That’s what I am. I am really happy when the supporters support the team.


“Against Leicester, you can say in a normal situation because the team was playing well and was winning. To be supportive of the team against Brighton, where we didn’t play well and lost the match, it gives you a fantastic feeling.

Mourinho: My tactics did not cause loss, I demand respect

Tue Aug 28 , 2018
Jose Mourinho insists his tactics did not cause Manchester United to lose 3-0 against Tottenham on Monday, and says the whole team is united. Mourinho made six changes after the 3-2 defeat by Brighton last week, but the manager says United won the game from both a strategic and tactical […] 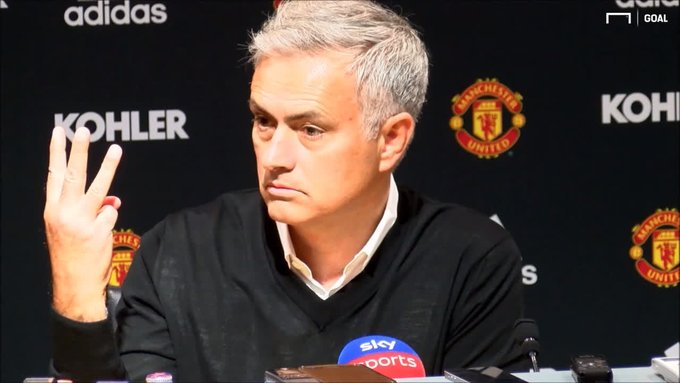