Jose Mourinho predicts Manchester United will experience a ‘difficult season’ if the club does not make more signings before transfer window closes.

United slumped to a 1-0 defeat to Bayern Munich in their final pre-season match, with United failing to get a shot on target in 90 minutes.

Bayern spent most of the match in United’s half, and Mourinho has expressed his concern about the quality of his team.


Liverpool have been the Premier League’s big spenders this summer, and Mourinho sent a warning to United executive vice-chairman Ed Woodward about the lack of transfer activity.

‘My CEO knows what I want and I still have a few days to wait and see what happens,’ Mourinho said on MUTV.

‘The other clubs who compete with us are really strong and already have fantastic teams. Or they are investing massively like Liverpool, who are buying everything and everybody.

‘If we don’t make our team better it will be a difficult season for us.’

Liverpool have enjoyed a more productive transfer window and have spent £170m with the signings of Naby Keita, Fabinho, Alisson and Xherdan Shaqiri.

United kick off their campaign against Leicester City on Friday, and the club seem to have heard the warnings of Mourinho.


United fans will be hoping their manager gets his wish before the end of the window.

Mon Aug 6 , 2018
Manchester United have approached Bayern Munich over a deal for defender Jerome Boateng, according to Sky Sports. The Premier League side believe Bayern Munich will ask for around £45m to allow the Germany international to leave the club. It is understood that Boateng, who spent a year at Manchester City […] 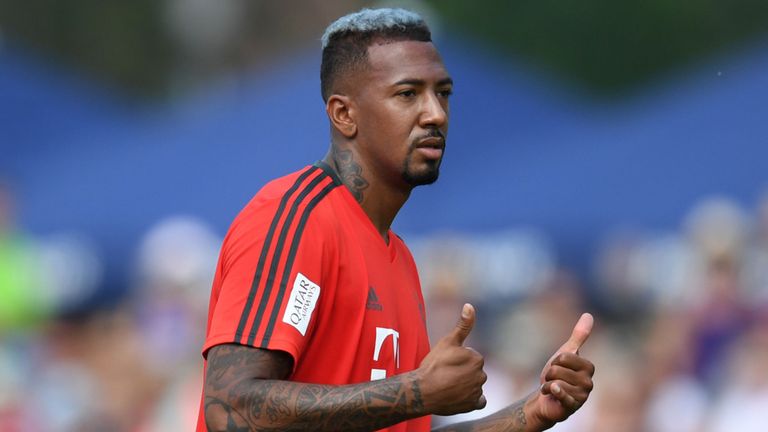