Jerome Boateng has revealed that he personally called Jose Mourinho to tell the Manchester United head coach that he would not be moving to Old Trafford this summer.

Mourinho was keen to sign a new central defender and Boateng was on United’s list of targets along with Toby Alderweireld and Harry Maguire, who signed a new deal with Leicester City earlier this week.


Boateng also held talks with Paris Saint-Germain about a possible move to Ligue 1, but the 30-year-old opted to stay at Bayern Munich.

And the Germany international concedes he was reluctant to leave the Germany for a club that did not have everything ‘in place’.

‘I had enquiries from PSG and Manchester United,’ Boateng told Bild.

‘I did not want just to get away from Bayern, but I was thrilled to try a new challenge.

‘I feel well at Bayern. It’s one of the biggest clubs in the world.

‘I called Jose Mourinho, I told him that his interest was an honor for me and thanked him for trying so hard for me.


‘I explained to Jose that it’s difficult to leave Bayern, and if I do, everything has to be in place to top this club.’

Thu Sep 13 , 2018
Gary Neville believes Manchester United should sell midfielder Paul Pogba is he is not fully committed to the club. The Frenchman’s future at the club has been called into question several times given his fractious relationship with manager Jose Mourinho. He returned to United for a second spell in June […] 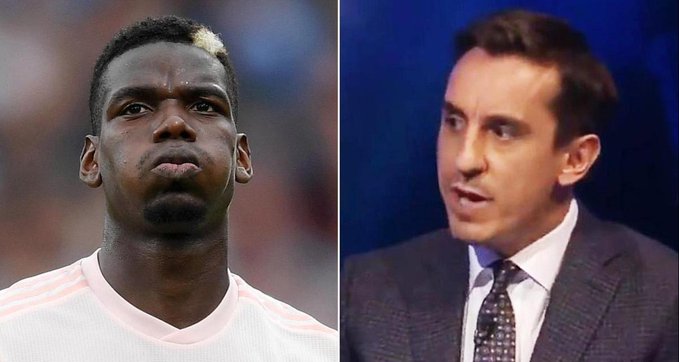