Jerome Boateng could be leaving Bayern Munich after chairman Karl-Heinz Rummenigge confirmed the Bundesliga champions are open to offers.

Boateng last month conceded he was considering leaving Germany to once more test himself abroad, having endured an underwhelming 2010-11 season at Manchester City.

City’s rivals Manchester United have been linked with a move for the German, and Rummenigge confirmed they will not stop him from seeking a departure.


“His thoughts about leaving Bayern still exist, as his agent has told me,” Rummenigge told Sport Bild.

“We know that this topic might be approaching. When a club is interested and Jerome says that he wants to join this club, we will consider it.

“I don’t hide the fact that we have a financial threshold, but it won’t be low for sure. But I know that Jerome is thinking about leaving.”

Boateng has struggled with injuries over the last three years and missed the end of Bayern’s season due to a hamstring issue, but he was included in Germany squad for the World Cup.


Low said that Boateng is not distracted by his future and is focused on helping Germany in Russia.

“I haven’t heard about that, I didn’t read anything and I don’t care at all what happens after the tournament,” Low said of Boateng’s future.

“There have always been situations where players change their team after a tournament. During a tournament there are situations with clubs that create interest around certain players.

“What I can say after the training sessions is that Boateng worked incredibly hard. He worked hard on his fitness levels when he came back on the first day of training, he made an incredibly good impression and also since then.”

N'Golo Kante responds to speculation he will leave Chelsea for PSG

Sun Jun 17 , 2018
N’Golo Kante has said he is not interested in speculation linking him with a transfer to Paris Saint-Germain this summer. The France international has been on point for Chelsea since joining from Leicester City in 2016, helping the club win the Premier League and FA Cup. He arrived in England […] 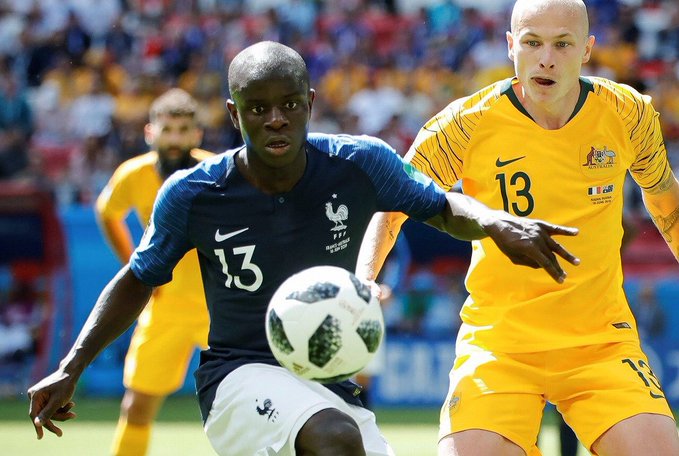