Juventus coach Massimiliano Allegri has confirmed he had the opportunity to become Zinedine Zidane’s successor at Real Madrid but turned down the offer to stay in Italy.

Allegri had been linked with two of Europe’s top jobs recently, as both Chelsea and Real Madrid showed interest in the Italian with the expected exit of Antonio Conte and Zidane’s shock exit just last month.


Chelsea are yet to confirm who will take over from Conte, who is widely expected to leave, while Spain’s Julen Lopetegui caused a big scandal by taking the Madrid job just days before the World Cup began.

Lopetegui has now been sacked by the RFEF hours before the big kick-off, and Allegri confirmed that he in fact had first bite at the job vacancy before Spain’s preparations were turned upside down.

“Did I say no to those two clubs? Let’s just say that I have said yes to Juventus, respecting the agreement that I have struck with the board,” he told Sky Sport.

“I am grateful to president Florentino Perez for taking me into consideration.


“I have always liked Juventus’ plans, which are renewed every year with the aim of always winning. I will look to continue the improvements that we began four years ago, alongside (Beppe) Marotta, (Fabio) Paratici, (Pavel) Nedved and the president.”

Allegri took over the job at Juventus from Conte in 2014, when he left to work with the Italy national team after the Azzurri’s 2014 World Cup debacle.

Allegri has since won four consecutive Scudetti with Juventus, marking a record seven subsequent Serie A titles in total, while also reaching the Champions League final in 2015-16 where the club lost to Madrid.

Bayern Munich confirm they will listen to offers for Jerome Boateng

Wed Jun 13 , 2018
Jerome Boateng could be leaving Bayern Munich after chairman Karl-Heinz Rummenigge confirmed the Bundesliga champions are open to offers. Boateng last month conceded he was considering leaving Germany to once more test himself abroad, having endured an underwhelming 2010-11 season at Manchester City. City’s rivals Manchester United have been linked […] 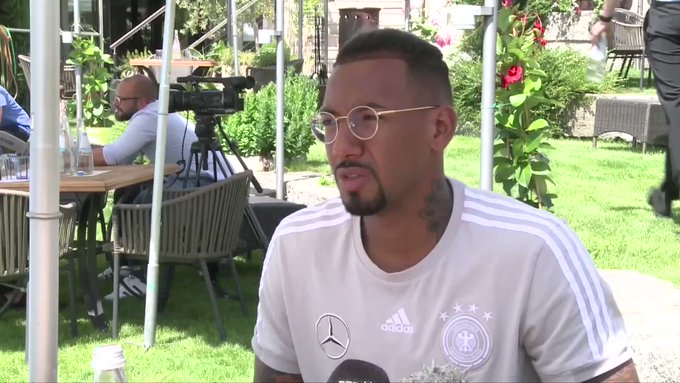