Zinedine Zidane claims Gareth Bale refused to play in Real Madrid’s pre-season game against Bayern Munich and says he has “never disrespected anybody”.


Real Madrid manager Zidane said on Saturday after the 3-1 loss to Bayern that Bale was close to an exit and that his departure would be “best for everyone”, while also saying that it was nothing personal.

Bale’s agent, Jonathan Barnett, slammed Zidane for his comments, calling him a “disgrace” and questioning how he could show little respect for a player “that has done so much for Real Madrid”.

But, speaking ahead of Wednesday’s pre-season game against Arsenal, Zidane tried to clear up the situation: “The first thing is that I’ve never disrespected anybody – certainly not any player.


“I’ve always said the same. Players are the most important thing here. If there is a player here, I will be with them.

“Secondly, I said the club were trying to find a way out for Gareth.

“Thirdly, which is the most important, is that the other day he didn’t get changed for the game because he didn’t want to. The club are trying to find a way out for him. For now, Gareth is a Real Madrid player, he’s going to train normally with us and we will see what happens on Tuesday.”

Barnett, Bale’s agent, has also confirmed he is “working” on a deal to get Gareth Bale out of the club.

Chinese Super League clubs Jiangsu Suning and Beijing Guoan are interested in signing Bale, according to Sky in Italy.


However, it is believed Bale would need to be offered wages on same level with the world’s top players to tempt him away from Santiago Bernabeu.

Bale is also in no rush to leave the Spanish giants because his family are happy there – and any possible transfer move would have to be right for them as well.

Tue Jul 23 , 2019
Premier League giants Manchester United have fallen from second position to sixth in Forbes’ list of the world’s most valuable sports teams. The Red Devils have tumbled four spots and are now behind Spanish giants Real Madrid (third) and Barcelona (fourth) who have retained their positions from 2018. Five other football clubs make the […] 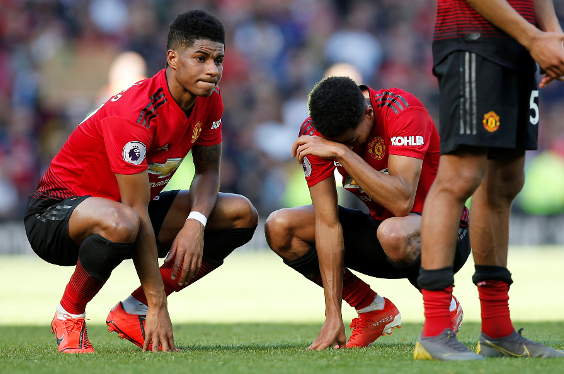