Real Madrid manager Zinedine Zidane has dropped a huge hint that Gareth Bale’s career at the club could be over after leaving the forward on the bench for the side’s 2-0 loss at home to Real Betis.

Bale has only made four starts since Zidane’s re-appointment and the manager has aimed a number of verbal swipes at the Wales international in recent weeks.

Zidane is keen to sell Bale and his £500,000-a-week wages in order to fund a total overhaul of Madrid’s failing team, the attacker is reportedly refusing to exit Santiago Bernabeu.

After denying Bale a farewell in Madrid’s poor defeat to Betis on the final day of the campaign, Zidane claimed that the ex-Tottenham forward was a part of the club’s past.

Zidane also said that he wouldn’t have even brought Bale on as a replacement if he was allowed to make four substitutions for the La Liga game.

‘He [Bale] has won a lot here but we live for the present and the future,’ Zidane said.

‘We will not forget the past but we have to live for day the day to day.

‘I have counted on other players in more in recent weeks, and if I had a fourth substitute today I would not have brought him on.

‘I make these decisions when it is right to do so, and I must act in the best interests of the team at all times.’

Asked about Bale’s possibility of playing in Madrid’s pre-season tour of North America in July, Zidane replied: ‘I don’t know what will happen.

‘Lately I have picked other players. Anything could happen.’

Mon May 20 , 2019
Chelsea are preparing to sack Maurizio Sarri regardless of whether he wins the Europa League or not and reportedly want to bring in Frank Lampard as the Italian’s replacement. The manager has struggled to win over supporters despite a solid first campaign in charge at Stamford Bridge, getting to the […] 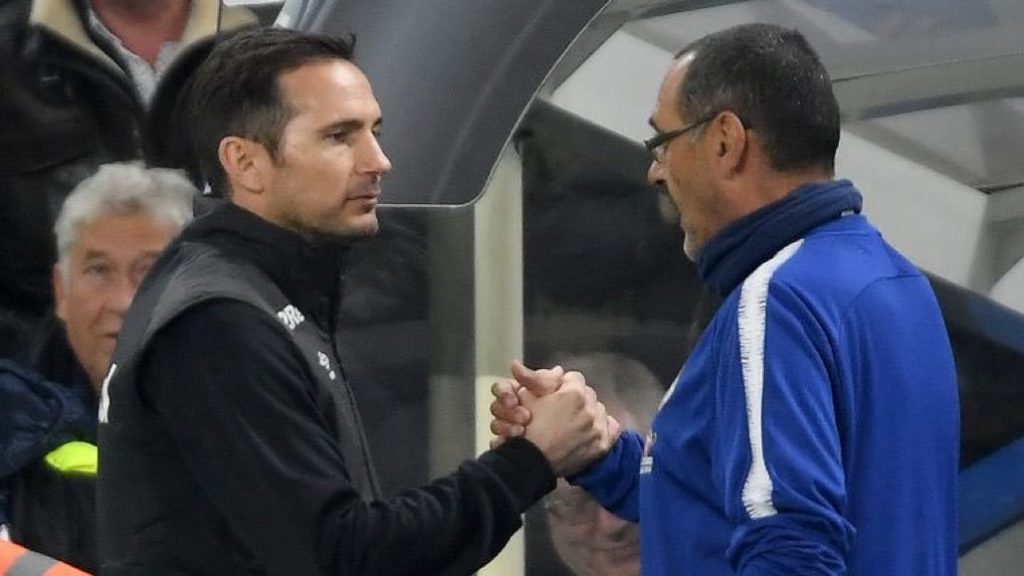