After six years at the Santiago Bernabeu and four Champions League victories, Gareth Bale’s number appeared to be up over the summer window.

Having barely been taken into account by Zinedine Zidane towards the end of the 2018-19 season, the Wales international found himself in the middle of a bitter transfer stand-off.

Real Madrid’s determination to sell the winger was matched by Bale’s refusal to leave unless his lucrative deal in Spain were matched elsewhere, leading to a standstill over his exit from the club.

And despite Zidane’s assurances that Bale would not be in his plans, he ended pre-season in the club’s first team while a possible move to China failed to materialise.


Bale started Madrid’s League opener on Saturday in the absence of the injured Eden Hazard and set up Karim Benzema as the French forward opened his side’s account early on against Celta Vigo.

After the final whistle Zidane had no qualms in assuring Gareth Bale he would have a part to play in the 2019-20 campaign.

“He is going to stay. We have to focus on this season, nothing else,” Zidane explained to reporters. “Hazard’s injury is bad luck for us, but it has not changed the idea we had for Bale in this game.

“Gareth, James [Rodriguez] and all the players here are going to defend this shirt.”


And Zidane was happy with what he saw from his own men to avoid an opening day defeat, despite missing the likes of Hazard and Carvajal and also going down to 10 men when Luka Modric was sent off.

“I am happy for the players. We played a great game today, above all in the first half. With 10 we played very well, together and defending as a team,” he added. “We were effective. I am happy with what I have seen.

“Starting the season ahead of Barca? We only think of ourselves. The most important thing was to pick up three points at a tough ground. We have to congratulate the players.”

Sun Aug 18 , 2019
Former Chelsea defender David Luiz confirmed he held ‘honest’ talks with Frank Lampard before deciding to join Arsenal this summer window. The Brazilian made the shock move in the final days of the summer transfer window, amid reports he had downed tools at Stamford Bridge in an attempt to force […] 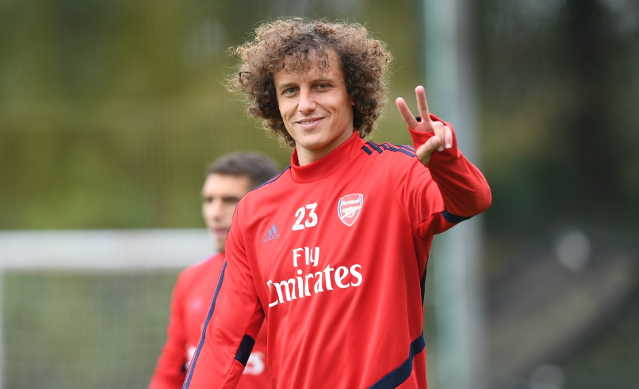