The Brazilian made the shock move in the final days of the summer transfer window, amid reports he had downed tools at Stamford Bridge in an attempt to force the transfer.

Lampard, who played alongside David Luiz, denied those claims and the centre-back has now broken his silence on his final discussions with the Chelsea head coach.

‘It was a great pleasure,’ Luiz told ESPN Brasil after making his debut against Burnley. ‘It is a new challenge in my career, where I took the decision to fight for new things and I enjoyed it in the best way possible.

‘In talks with Frank [Lampard], he had a different plan for the year. So we spoke in total honesty and he made it clear that he had different ideas from mine.


‘So I had this opportunity to receive an offer from Arsenal, which is a great club.’

Luiz impressed on his debut, playing full 90 minutes in the 2-1 win over Burnley at the Emirates.

After Ashley Barnes cancelled out Lacazette’s opener, Pierre-Emerick Aubameyang also scored in the second half to preserve Arsenal’s 100 per cent start to the new Premier League season.

Another one of Arsenal’s summer signings Dani Ceballos was very instrumental to the victory, earning the man-of-the-match accolade on his first start for the gunners.


Arsenal manager Unai Emery was delighted with the performance from his summer signings, praising Ceballos and Luiz after the match.

‘Yes, very good. Their first match here at home officially,’ Emery said. ‘And really to share with other players – young players, today I think Willock did one step more ahead to improve – and I want to speak about the team.

‘And I think continuing with Laca scoring, with Aubameyang scoring, is good. The only thing we didn’t do today was keep a clean sheet, but we will.’

Mon Aug 19 , 2019
Philippe Coutinho has completed his loan move to Bayern Munich from Barcelona, with a season-long agreement including a €120 million purchase option. The Brazil international midfielder will spend the 2019-20 season with the Bundesliga champions before a decision is made over a permanent transfer. Bayern Munich have already paid out an €8.5m loan fee and agreed to […] 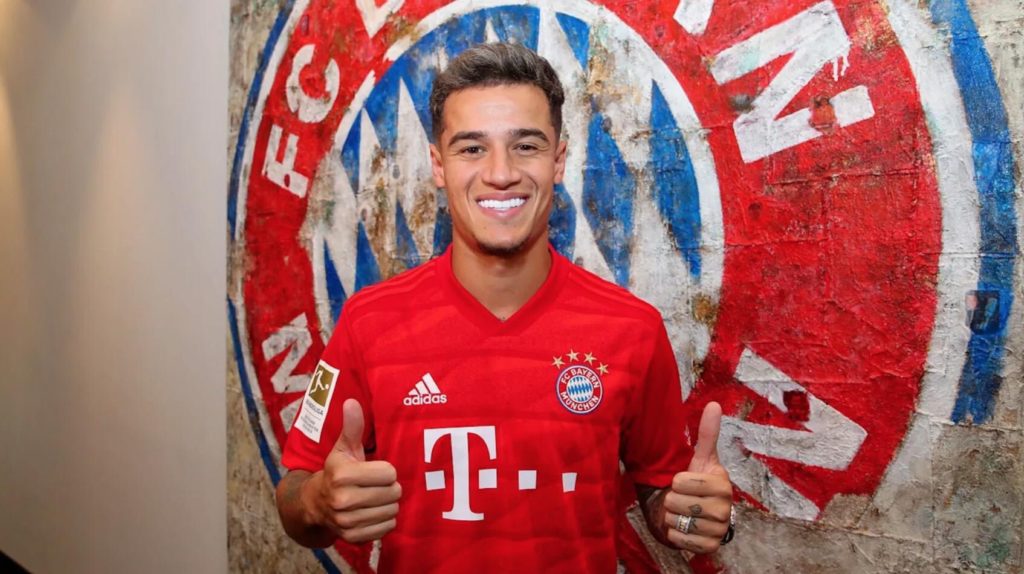