The Brazil international made a surprise transfer across the capital on deadline day, moving to the Emirates from the Blues in a deal worth £8m.

It brought the curtain down on the 32-year-old’s second stint at the Stamford Bridge, having rejoined the Premier League club from Paris Saint-Germain in 2016.

During that period, the larger than life character built up some strong bonds with both players and staff at Chelsea. And it seems Luiz’s exit left the Blues head of medical Paco Biosca in tears, such was the friendship the duo had struck up during their time together at the club.

“He called me crying. I have a great, great relationship with him.”

Luiz’s move across London certainly caught many by surprise, with many expecting the 32-year-old to play regular football for Chelsea this season given their current transfer embargo.

Instead, the Brazil international sought to leave Chelsea after being informed by new head coach Frank Lampard that he would not be a guaranteed starter this campaign.


In his press conference ahead of Chelsea trip to Manchester United on Saturday, Lampard denied that there had been a falling out with David Luiz, but did confirm ‘honest conversations’ was held.

Sun Aug 11 , 2019
Chelsea manager Frank Lampard has hit back at Jose Mourinho’s criticism of his team selection and Mason Mount’s performance after Chelsea’s 4-0 loss to Manchester United. Two goals from Marcus Rashford plus strikes from Anthony Martial and Daniel James completed United’s riot over Chelsea at the theatre of dreams. Mourinho, who was […] 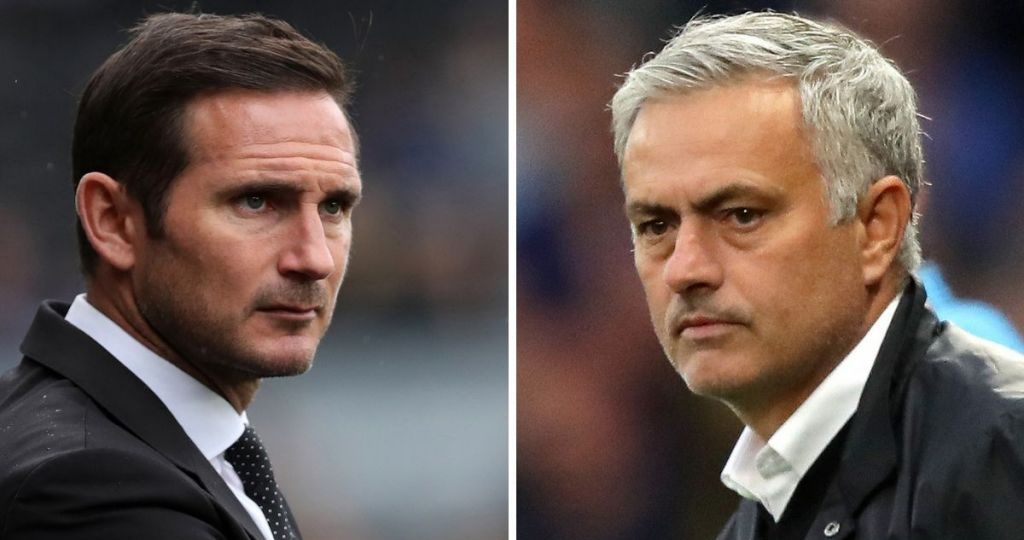