Bale did not play in Real’s 3-1 International Champions Cup defeat to Bayern Munich in Houston on Saturday, and Zidane said his omission from the squad was because he is on the verge of sealing an exit.


“Bale did not play because he is very close to leaving,” explained Zidane. “We hope he leaves soon, it would be best for everyone. We are working on his transfer to a new team.

“I have nothing personal against him, but there is a time where things are done because they must be done. I have to make decisions, we have to change

“The exit is the coach’s decision, and also of the player, who knows the situation. The situation will change, I do not know if in 24 or 48 hours, but it will, and it’s a good thing for everyone.”


Bale’s representative Jonathan Barnett has reacted in an angry way to Zidane’s comments, telling AFP: “Zidane is a disgrace, he shows no respect for a player that has done so much for Real Madrid.”

Barnett did confirm Gareth Bale is in the process of leaving the club, saying: “We are working on it.”

According to Sky Sports News, the 30-year-old will only leave Real Madrid if he feels the transfer move is right for him and his family, who currently life in Madrid and are settled in the Spanish capital.

Provisional talks have been held with interested parties about a transfer this summer window, but Sky Sports News believe Bale’s camp have not discussed a move to PSG in a deal that might see Neymar go the other way.


In the build-up to Saturday night’s game with Real Madrid, Bayern Munich midfielder Thiago Alcantara said like any top player, Bale would be welcomed at Bayern.

Sun Jul 21 , 2019
Portuguese forward Cristiano Ronaldo and Maurizio Sarri appeared to engage in a touchline spat during Juventus’ International Champions Cup game with Tottenhamon Sunday. The former Madrid superstar was substituted moments after putting the Italian giants 2-1 ahead against Tottenham, and it appears that this rubbed him up the wrong way. Video footage, […] 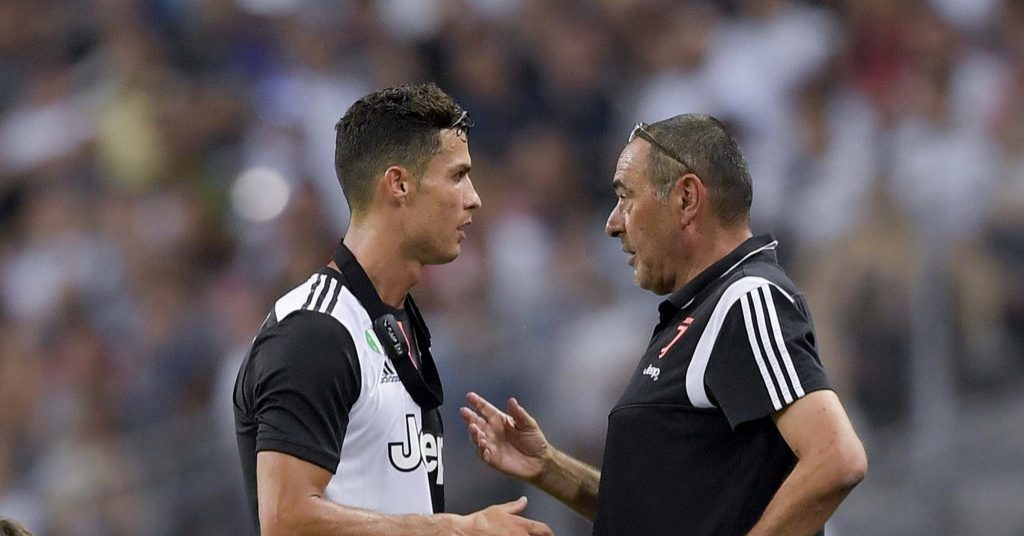