N’Golo Kante has said he is not interested in speculation linking him with a transfer to Paris Saint-Germain this summer.

The France international has been on point for Chelsea since joining from Leicester City in 2016, helping the club win the Premier League and FA Cup.

He arrived in England as an unknown player but is now considered one of the best defensive midfielders in the world.


His performances at Leicester City and Chelsea have caught the attention of some clubs and PSG are said to be ready to make an official offer.

But, speaking at France press conference, Kante said his focus was on the World Cup in Russia.

Asked whether he knows about the interest from PSG, Kante replied: ‘I am not concerned with all that.

‘Today, I am at Chelsea, and today I am currently living and playing in the World Cup, that is what comes first.


‘I am not paying attention to what is being said on the club side of things at the moment.’

Antoine Griezmann put France ahead with a 58th-minute penalty but the Socceroos equalised just four minutes later through Mile Jedinak.

The game appeared to be heading towards a draw but Paul Pogba’s late goal gave France the three points. They face Peru in their next game.

‘The opening match is always a dangerous one and we are very happy to have won today, we are in a good position,’ Deschamps said.

‘It was a highly difficult match, the Australian team was very good and as far as France is concerned we were not quick enough going forward.


‘At the beginning of the match it was not great, that was obvious. This is the World Cup, we must do better and we can and we will.

‘We were not quick enough on the pitch, our offence was not as good as it should have been, but we should not say we did not know what to do. You should not exaggerate.’

Sun Jun 17 , 2018
Mats Hummels said Germany’s tactical approach was wrong after the World Cup title holders lost their opening game 1-0 to Mexico. Hirving Lozano scored the only goal of the Group F match, but Mexico wasted several chances on the break to record an even larger margin of win. Germany, meanwhile, […] 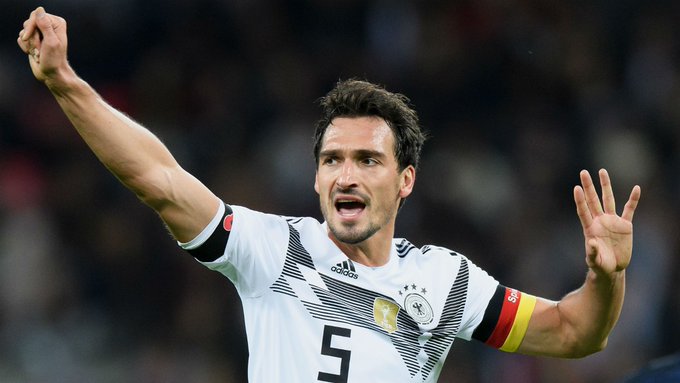