Antonio Conte insists Inter Milan have not met with Romelu Lukaku but has not ruled out a possible move for the Belgium international or his Manchester United teammate Alexis Sanchez.

United are reportedly open to selling the Belgian this summer window but are demanding around £80 million from Inter.

Meanwhile, Alexis Sanchez is keen on leaving Old Trafford this summer window and his agent Fernando Felicevich has travelled to Italy this month to have talks with Juventus and Inter over a possible deal.


Conte was officially appointed as Inter’s new head coach on Friday but the former Chelsea manager refused to fuel speculation regarding the club’s plans to sign either Lukaku or Sanchez.

Asked if Lukaku is moving to Inter Milan, Conte told the BBC World Service: ‘I think now it’s very difficult to talk about this.

Asked if Romelu Lukaku has met with Inter Milan, Antonio Conte replied: ‘No, that’s not right.

‘But I repeat in this moment there is a sporting director to talk about this and do this question about the transfer market, about the players. But I repeat, now we are very focused to do the first step and to work together.’

Asked about Alexis Sanchez, Conte laughed and said: ‘Yeah, but you’re talking about the transfer market, you have to talk to the sporting director about this topic.’

Sat Jun 1 , 2019
Manchester United may have to find a new goalkeeper if David de Gea leaves, but Jasper Cillessen admits it will be difficult for any club to sign him this summer window. In a shocking broadside against current team Barcelona, the goalkeeper has said he is being priced out of an […] 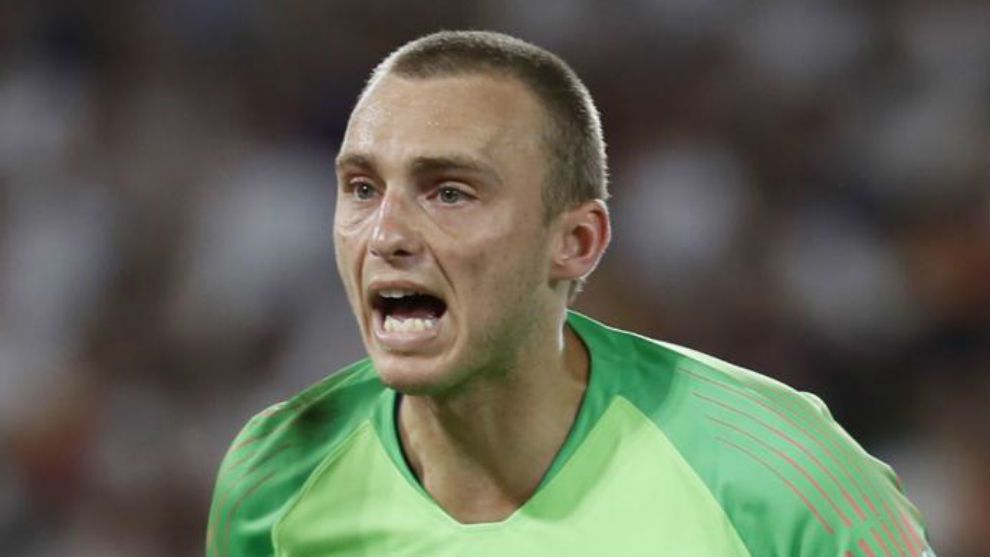