Manchester United have rejected a bid of £53.9m from Inter Milan for Belgian striker Romelu Lukaku, According to Sky Sports News.

The offer falls well below Manchester United’s valuation of the 26-year-old Belgium international, who signed from Everton just two years ago for £75million.

Inter Milan head coach Antonio Conte has made Lukaku – who will not play for the Red devils against the Italian club in Singapore on Saturday – his primary target.

“You know I like this player,” Conte said on Friday.


“I like this player and consider him an important player for us to have a good improvement, but at the same there is a transfer market.

“We will see what happens – but for now Lukaku is a United player.”

Inter’s move for Romelu Lukaku is believed to be dependent
on the future of Mauro Icardi, who has not travelled on the club’s summer tour of Asia amid recent speculations he is set to leave.

When asked about the Argentina striker, Conte said: “The club was very clear that Icardi is out of Inter’s project. This is the reality.”


When pressed on Lukaku’s future at the theatre of dreams, United head coach Ole Gunnar Solskjaer revealed on Friday he had “no more updates”.

The former Chelsea striker missed both of United’s tour games in Australia because of injury.

“He’s not fit. He won’t be available,” said Solskjaer.

Sat Jul 20 , 2019
Real Madrid defender Marcelo has risked upsetting new teammate Eden Hazard by claiming Neymar is the better player between the duo. Eden Hazard moved to Santiago Bernabeu earlier this summer window in a £89million transfer from Chelsea . Neymar has also been linked with Real Madrid but is more likely to return […] 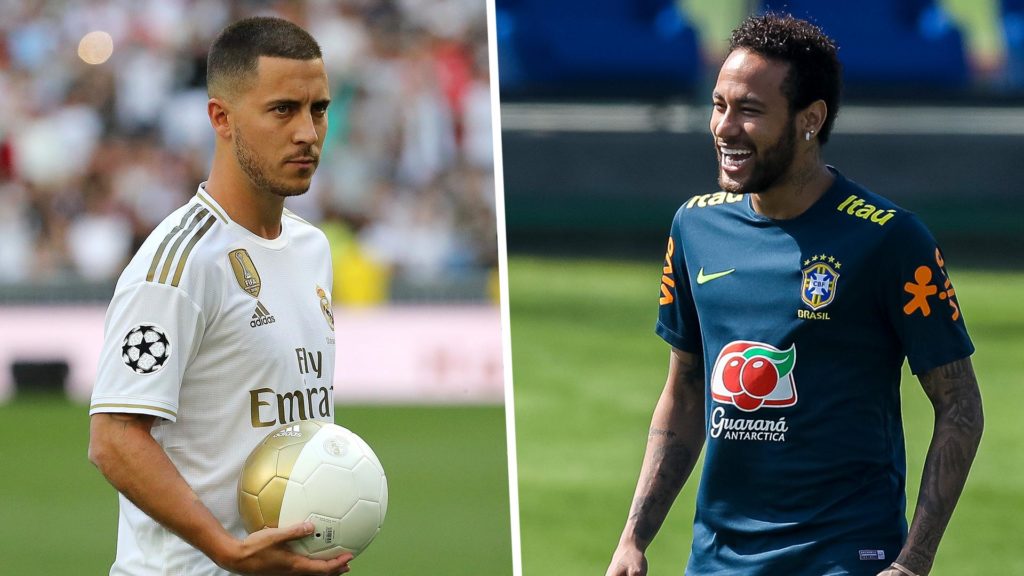