Hirving Lozano scored the only goal of the Group F match, but Mexico wasted several chances on the break to record an even larger margin of win.

Germany, meanwhile, had 26 shots without causing Guillermo Ochoa many problems, although the Mexico goalie made nine saves in ensuring a memorable clean sheet.


Hummels felt Germany did not heed the warning of their warm-up friendly against Saudi Arabia that ended in a slim 2-1 victory, their only success in seven games since the end of the World Cup qualifying campaign.

“It’s pretty simple. We played like we did against Saudi Arabia, but against a better opponent,” Hummels said to ZDF.

“We talked about a few things, such as not losing possession and protection, which unfortunately we did not put into action today.

“Mexico deserved the game because we made it too easy for them, knowing we should not have allowed that to happen.

“If seven or eight players play offensively, then it’s clear that the offensive force is greater than the defensive stability. That’s what I often say internally.


“Our stability is not good, you have to say – often only Jerome [Boateng] and I were at the back, so they mercilessly attacked us.”

Germany is still expect to progress, they now face Sweden and South Korea in their remaining games.

“A wake-up call is too late, we now have to win two games, otherwise the World Cup is over,” Hummels said. “We actually had the wake-up call against Saudi Arabia.”

Real Madrid midfielder Toni Kroos agreed with Hummels in demanding an improved performance when they take on South Korea in Kazan.

“I think we did not find any solutions in the first half,” Kroos said.


“Mexico were clever, we did better in the second half and Mexico got tired.

“We’re under pressure now, without question, we have to get six points from the two games, if possible.”

Pogba: 'I'm the most criticised player in the world'

Sun Jun 17 , 2018
Paul Pogba claims to be the “the most criticised player in the world”, with the United midfielder having once being the most expensive. An £89 million deal returned the 25-year-old to Old Trafford in 2016 after a successful four-year stint at Juventus. With that move having taken spending to a […] 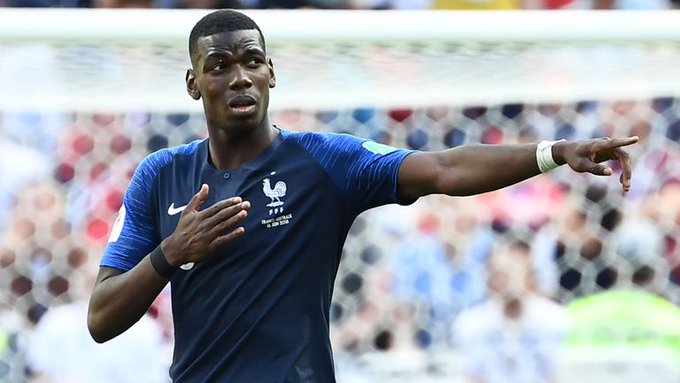