Ian Wright conceded England’s performance against Nigeria was ‘worrying’ despite the fact the Three Lions won the match.

England beat Nigeria 2-1 at Wembley in preparation for the World Cup in Russia and were two goals up at half-time.

However, A change in formation caused problems among the England team as Nigeria chose to match their opponents man for man in the second half.


Nigeria scored early through Alex Iwobi in the second half in part thanks to England dropping back, and Wright said it was a ‘worrying’ sign heading into the World Cup.

‘What was really worrying was when they changed their shape and we went into our shell a little bit. That needs to change,’ Wright said on ITV.

‘We don’t want to do that. In the first half when we had chances, we can’t lose our confidence because a team changed their formation.’

Gareth Southgate was pleased with his side’s performance, but conceded his team did struggle when Nigeria changed tactics.


But, the England manager said his players adjusted to the new tactics and were just unlucky not to score more goals.

He said: ‘I think we played really well, with the ball especially. Far more good situations than in recent games.

‘We were deservedly two goals up in the first half. The period leading up to their goal, they changed their system and we took some time to adjust.

‘But after that we dealt with it well. It was a decent exercise for us to adjust to that.

‘The front four, some of the movement and interplay, we looked a threat with plenty of pace. Dele [Alli] and Jesse [Lingard] made unselfish runs.


‘Some slightly better decision making or quality and we would have scored more.’

Sun Jun 3 , 2018
Nabil Fekir’s agent has confirmed the interest of Liverpool in signing the Lyon midfielder but warned a deal is not close. Fekir was outstanding for Lyon last campaign – his first as club captain – as he scored 21 goals and also made nine assists in 39 appearances for the […] 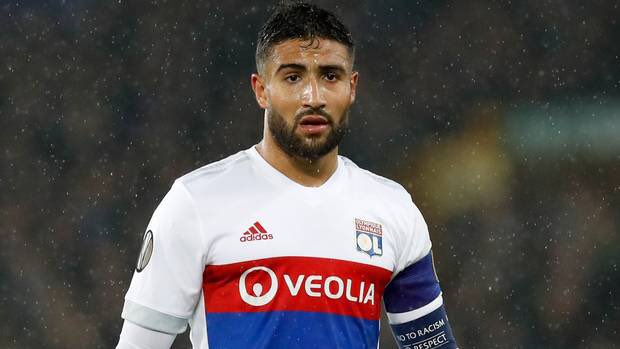