Colombia striker Radamel Falcao has blasted the performance of referee Mark Geiger in England’s World Cup last 16 penalty shootout victory and claims he was biased towards the Three Lions.

Tuesday’s match saw American ref Geiger lost control of the players, with Colombia’s squad surrounding him after Harry Kane was given a penalty in the second half.


Colombia committed a total of 23 fouls, and received six yellow cards, while an assistant even shoulder barged Raheem Sterling as City forward walked down the tunnel at the end of first half.

And Falcao – who had played for both Manchester United and Chelsea – felt Geiger was harsh on Colombia and slammed the fact he did not speak Spanish.

Speaking after the game, Falcao said: ‘I found it peculiar that they put an American referee in this instance.

‘To tell you the truth, the process leaves a lot of doubts. He only spoke English, some bias was certain.


‘Through small calls he was pushing us [toward] our goal, that was clear for me.’
He continued: ‘The referee disturbed us a lot, in the 50-50 plays, he always made the calls in favor of England.

‘This situation was undermining us. He didn’t act with the same criteria for both teams.

‘When in doubt he always went to the England side. It’s shameful that this happens in the round of 16 of a World Cup.’

Wed Jul 4 , 2018
Real Madrid have denied speculations that they have agreed a £239 million deal with Paris Saint-Germain for the signing of Kylian Mbappe. The Spanish giants have been closely linked with the attacker since his rise at Monaco, and it has been claimed in France that a transfer is imminent this […] 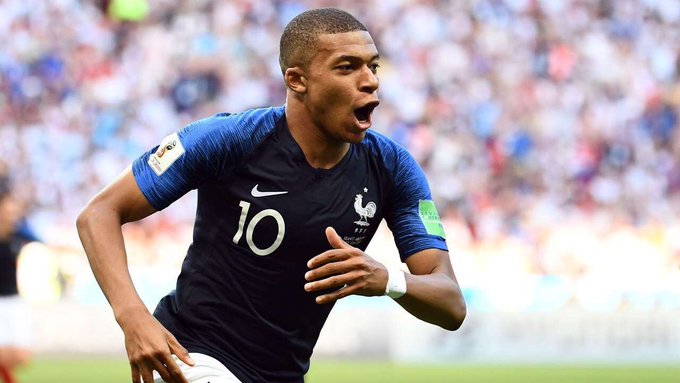