England hero Jordan Pickford hit back at Chelsea star Thibaut Courtois after sending England through to the World Cup quarter-finals.

Pickford saved Carlos Bacca’s effort in suddent death to put an to end England’s curse from 12 yards and to set up a tie with Sweden in the next round.

Courtois criticised Pickford for failing to keep out Adnan Januzaj’s winner against England last week, saying he could have ‘caught’ the shot because he’s taller than the Everton goalie.


Pickford produced a remarkable save in normal time to deny Mateus Uribe and the England international took a dig at Courtois after the game.

‘I did all my research. I’ve got power and agility. I don’t care if I’m not the biggest keeper because it’s about being there in the moment and making the save and I was,’ Pickford told ITV.

‘It’s all about the set position and I got a hand to it. We knew we had this game, even if it had to go to penalties, we knew we were capable of winning.’

England now take on Sweden on Saturday and will face one of Russia or Croatia in the semi-finals if they win. 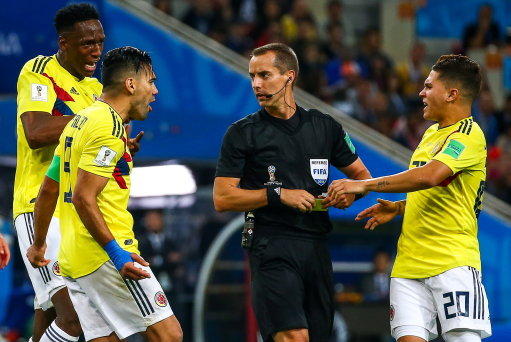