Chelsea will consider making a move for England assistant manager Steve Holland if they sack manager Maurizio Sarri next week.

Despite progression into the next stage of the Europa League, Sarri is on the brink of being sacked ahead of Sunday’s final against Manchester City and Wednesday’s Premier League game against Tottenham Hotspur.


Holland is seen as the top choice to help his old club through the rest of the campaign if he and the Football Association can be convinced to combine his England duties with being manager at Stamford Bridge.

That has sparked rumours that Holland is interested in a temporary return, although the club claim they have not held talks with any possible successors to Sarri.

Holland has worked with most of the current team, having been at Chelsea in different roles for eight years before becoming Southgate’s assistant on a full-time basis two years ago.

Chelsea may feel they are owed a favour by the FA, having initially allowed Holland to work with Southgate on a part-time basis with the Under-21s and then with the seniors before he left on a permanent basis.


England have only two matches between now and the end of the campaign, European 2020 qualifiers against Czech Republic and Montenegro.

Despite criticism of Sarri’s stubborn team tactics, and accusations that his training and meetings are boring, he has a better record in England than City manager Pep Guardiola had at the same stage of his first campaign in charge. Sarri has won 28 of his first 43 matches at Chelsea, one more than Guardiola did two years ago.

Asked why he thought he is under pressure, whereas there was never any talk of sack for Guardiola, Sarri said: “Because he was lucky. I don’t know. You have to ask the club. You have to ask both, Manchester City and Chelsea.

“I don’t know if I am under pressure from my club or from you. I don’t know at the moment. I think that, if you choose Guardiola, you have to wait because the club knows very well that Guardiola needs time. It’s not really very easy for an English team to play that kind of football, so it’s normal.”


Rather than compare himself with Guardiola, Sarri compared his record so far with Arsenal manager Unai Emery, who also arrived this summer.

“We are in the first final of the season,” Sarri said. “We are one point from the top four, the same points as Arsenal, and people say Arsenal are doing well. So we are doing a little bit better because we are in a final and yet our season is a disaster. I don’t understand.

“I want you to remember that, last season, this team gained 70 points, not 100. Then, in the summer, we changed everything. So there is another problem to solve. It is not easy.”

Sat Feb 23 , 2019
Nemanja Vidic said he would not swap any of Manchester United’s defenders for Virgil van Dijk or his Liverpool team-mates, while praising Victor Lindelof. United led the Premier League with 19 clean sheets in 2017-18 yet their goal has been breached in all but six of their 26 matches this […] 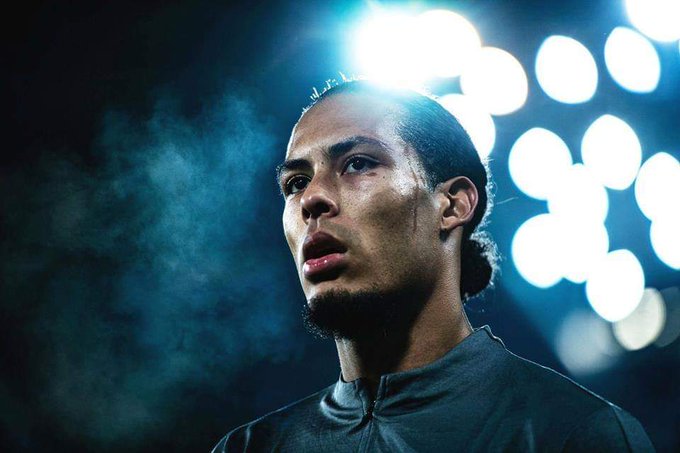