Chelsea officials have travelled to Italy to finally secure a deal for Juventus defender Daniele Rugani, according to reports.

Antonio Conte was expected to be sacked by Chelsea after the conclusion of the 2017-18 season but he remained in charge up until July 12.

This prevented Chelsea from making headway in the transfer window and they have signed just two players since Maurizio Sarri was appointed as their new head coach.


The Times claim Chelsea representatives have travelled to Turin in an attempt to finalise a transfer.

Chelsea have also expressed interest in Rugani’s team-mate Miralem Pjanic, a midfielder who cost the club £25million two years ago.

With a little over two weeks remaining of the transfer window, Chelsea will hope to strengthen Sarri’s squad with a number of additions, while also keeping hold of important players.

Eden Hazard, Thibaut Courtois, Willian and Alvaro Morata have all been linked with big-money moves away from Chelsea in recent weeks.


Veteran goalkeeper Green, meanwhile, says it is an honour to join Chelsea. He spent last season at Huddersfield Town but did not play.

‘You are thinking about your career and where you want to go and then you get a phone call like this – and it is a short conversation.


‘It has been a pretty dramatic time for me and it is a thrill and an honour to be here.’

Sat Jul 28 , 2018
Jurgen Klopp has responded to Jose Mourinho’s suggestion that Liverpool’s outrageous £176million outlay this summer means they must deliver silverware. Liverpool signed Naby Keita, Fabinho, Xherdan Shaqiri and Alisson – who is now the most expensive goalkeeper, despite Klopp having previously claimed he prefers to nurture players rather than buy […] 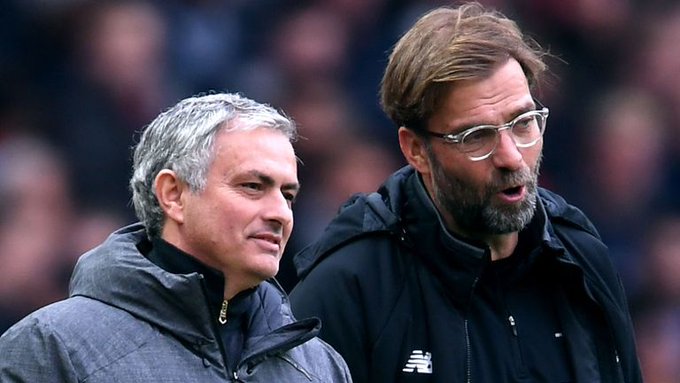